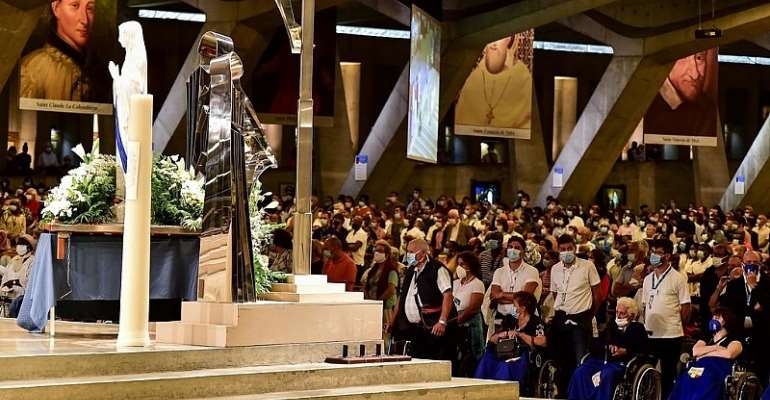 The Roman Catholic church's annual Assumption celebrations took place in Lourdes on Saturday with only a fifth of the usual 25,000 pilgrims venturing to south-western France due to the coronavirus pandemic.

Cardinal Pietro Parolin, the Vatican secretary of state, presided over the mass.

He said he wanted his message to offer hope to a world suffering from the darkness and fear caused by the pandemic.

Nearly 5,000 pilgrims took their place in the Basilica of Saint Pius X, a gigantic underground church that can hold up to 25,000 people.

"It's weird," said Michel Clavel, a retired truck driver, who comes every year for the Assumption pilgrimage. "There aren't many people this year."

Traditionally, 15 August draws big crowds to the venue with organised trips for sick and infirm people who travel to Lourdes in search of a miraculous cure.

The cave where, according to legend, the Virgin Mary appeared to Bernadette Soubirous in 1858, is closed to the public to avoid contamination. Pilgrims normally put their hands on the walls and kiss the stone.