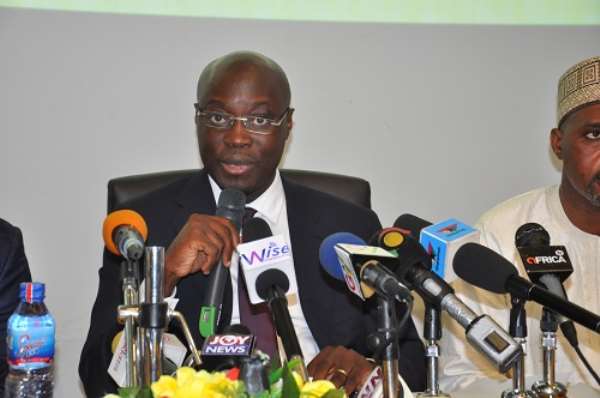 The Minority in Parliament has kicked against attempts by government to securitize royalties, known to be a preserve for traditional authorities.

The Minority side in Parliament on Friday, August 14, 2020, threatened to boycott proceedings in the House over a request for the approval of an agreement between the government and a Special Purpose Vehicle (SPV) known as Agyapa Royalties Limited.

The agreement is in relation to a gold royalties monetization transaction where the government seeks to raise revenue for development on the back of royalties from the mining sector to the tune of US$1 billion.

According to Ranking Member on Parliament’s Finance Committee, Cassiel Ato Forson, the agreement if passed will shortchange Ghanaians.

“What we are asking for is the cash flows throughout the year of the transaction. Yet they are failing to give us that information so we do not have the cash flows. Again, we are asking for the prospectus because they said they are going to the stock exchange to raise money on the back of this US$1 billion. Yet they have failed to give us the prospectus. In fact, what we needed to know was the cost of the transaction.”

“They haven’t given it to us, only for the Minister [of Finance] to tell us that so far, they have spent US$2 million. We want to know who they’ve paid the US$2 million. The government is hiding something sensitive from this Parliament and we have said that until we get this information, we the members of the Minority will not be part of this transaction being approved on the Floor of this House,” he insisted.

But responding to such claims on Eyewitness News, the Member of Parliament for the Sekondi constituency, Andrew Egyapa Mercer insisted that the supposed change of name of the company was false.

He also rejected claims that royalties are the preserve of traditional authorities.

“That assertion that royalties are sent to traditional authorities is false. There is a formula for distributing mineral resources. 70 percent goes to the government of Ghana and the rest is distributed in accordance with the formula that is contained in the mining leases.”

He explained that the government is seeking to channel its portion of the royalties into better use for the benefit of the country.

“It is government’s portion that it gets annually that it is seeking to set up an SPV pursuant to the Minerals Income Investment Act 2018 which set up the Minerals Income Investment Fund to put the SPV on the London Stock Exchange, raise equity of up to 49 percent, equivalent to about US$500 million, to enable government spend those funds without paying interest or increasing the debt stock of the country and use those revenues to fund its development agenda.”

Egyapa Mercer was confident that the transaction agreement will be approved by Parliament before they go on recess later on Friday, August 14, 2020.

There’s no space to admit you into law school – Akufo-Addo t...
45 minutes ago