Professors To Retire At 70 — Education Minister 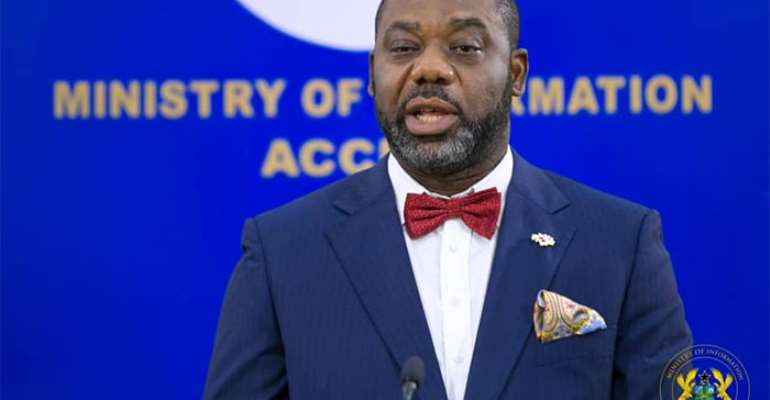 The Minister of Education, Dr. Matthew Opoku Prempeh, has revealed.

According to him, this approval provides grounds for streamlining and regularizing the need to retain highly skilled and experienced academic staff to support the core business of the universities.

Delivering a statement on the Floor of Parliament on Tuesday, the Education Minister stated that post-retirement contracts in all public universities shall be guided by mandatory retirement for academic staff of public universities, which he said shall continue to be 60 years in line with constitutional provisions.

He added that “professorial grade staff (Associate Professors and Professors) shall be eligible for post-retirement contracts until the age of 70.”

Dr. Prempeh, who is popularly known as Napo, explained that the initial contract shall be for five years up to the age of 65 and then afterwards, contracts shall be offered on a 2+2+1 basis subject to need and good health.

On the Book & Research Allowance which was abolished by the National Democratic Congress (NDC) administration, he said the Akufo-Addo administration had restored it.

“We have not only restored it but also we have approved a 200% increase in the allowance… Let's not forget that this was introduced under His Excellency President John Agyekum Kufuor,” he pointed out.

“Further to this, Mr. Speaker, this government has laid before Parliament, the Ghana National Research Fund Bill, the purpose of which is to provide for funds and to support national research in tertiary and research institutions,” he asserted.

The minister said the government, through the GETFund, was providing support for university teachers who want to upgrade their qualifications, adding “indeed, a staff audit of technical universities and Colleges of Education revealed several qualification gaps and staff who fall short of the minimum qualifications required to teach in those institutions have up to two years to update their qualifications and are able to draw on these resources.”

“Mr. Speaker, all these important reforms will come to nothing without engaging the teachers for the simple reason that the teachers are at the centre of the education system as the frontliners and engineers of quality learning outcomes,” he stressed.

According to him, “the Nana Addo Dankwa Akufo-Addo administration is motivated by 'putting the teacher first' in the several reforms we have undertaken in the education space, focusing on positioning our teachers to acquire the right set of skills to deliver quality learning outcomes for our students.”

“Indeed, one of the realities of the Covid-19 pandemic is the fact that the significance of our gallant, hard-working teachers is better appreciated by parents who suddenly have to deal with their boisterous young children round the clock.

“Mr. Speaker, our mantra has been and remains 'Teacher First'. This is what guided our key promise to restore the teacher training allowance that was abolished by the then Mahama-led NDC government,” he said and added that “we have kept to that promise!”

Dr. Prempeh said the record of the NPP administration as a government on teacher reforms had revolved around the nine UNESCO approved benchmarks, and mentioned some of them as the teacher recruitment and retention, teacher education, teacher deployment, career pathways, teacher employment and working conditions.