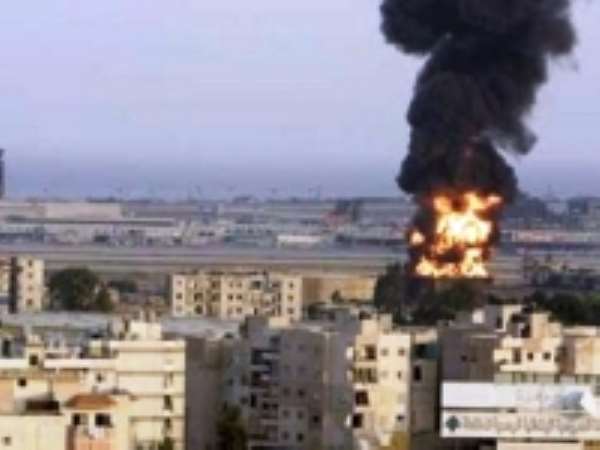 Daniel Ayalon, Israel's ambassador to the United States, said before the vote that the Israeli Security Cabinet was likely to sign off on the resolution at its Sunday meeting.

"I do not want to pre-empt the Cabinet decision, but the language as I see it now -- and I'm being careful -- if the language of the resolution doesn't change, I view this resolution very positively and, of course, the crux is implementation," Ayalon said. "If this resolution will be enforced, then we solve the problem of Lebanon."

Hezbollah has not responded to the proposal.

"With this resolution, a new, stronger Lebanon can emerge, with the world's help," said U.S. Secretary of State Condoleezza Rice, who cast the United States' vote. "Hezbollah now faces a clear choice between war and peace."

Before the vote, U.N. Secretary-General Kofi Annan said he "wholeheartedly" welcomed the resolution, but he chastised the council for not acting sooner.

"I would be remiss if I did not tell you how profoundly disappointed I am that the council did not reach this point much, much earlier," Annan said. "All members of this council must be aware that its inability to act sooner has badly shaken the world's faith in its authority and integrity."

The draft resolution was distributed to the full U.N. Security Council in a closed-door session that began about 3 p.m. ET, and the vote took place about five hours later.

Resolution 1701 calls for increasing the number of U.N. troops in the area from 2,000 to 15,000. They would be joined by 15,000 Lebanese troops and charged with ensuring Hezbollah could not operate anywhere between the Israel-Lebanon border and the Litani River.

The measure also calls for the unconditional release of two Israeli soldiers captured July 12 by Hezbollah. The action precipitated the conflict.

It also calls for a "full cessation of hostilities" and says that once a cease-fire has been achieved the Lebanese government will deploy its forces into southern Lebanon as Israel withdraws its soldiers from the area.

The cessation of hostilities includes an end to Israeli "offensive operations." That, according to a senior U.S. State Department official, would mean Israel could continue to respond to Hezbollah attacks. However, the official said that after the resolution passes, a reduction of large-scale bombings should follow as well as halt to advancing ground troops.

Lebanese U.N. Ambassador Nouhad Mahmoud said any cessation of hostilities should be unqualified, noting, "The Lebanese are not comfortable with the Israeli distinctions of what is defensive and what is offensive."

But even as Israeli forces massed along the border with Lebanon, Israeli Foreign Ministry spokesman Mark Regev told AP that Israel was still open to a negotiated solution.

Annan prodded the Security Council to act by week's end "to save civilians on both sides from the nightmare they have endured for the past four weeks."

Israel's Security Cabinet earlier this week approved the expanded offensive, which Olmert ordered Friday. Under the plan, Israeli troops could push up to the Litani River, 18 miles (29 kilometers) inside Lebanon.

The civilians, many of whom had been trapped in southern Lebanon for weeks, went to the Lebanese Army base in Marjeyoun on Thursday in hopes of receiving safe passage away from the violence.

The convoy left Marjeyoun after fighting there earlier in the day. It was in the Bekaa Valley town of Kefraya when it was hit, sources said.

Many of the vehicles were on fire, and emergency personnel couldn't reach the wounded because of other Israeli airstrikes in the area, sources said.

The Israel Defense Forces said it had no information on the strike but added that it didn't authorize any convoy to leave Marjeyoun.

A spokesman for the U.N. Interim Force in Lebanon, Milos Strugar, said UNIFIL received a security clearance from the IDF and was escorted out of Marjeyoun by the IDF.

Earlier in the day, Hezbollah TV reported that Hezbollah forces destroyed an Israeli gunboat off the coast of Tyre, Lebanon, killing or wounding a crew of 12, the AP reported.

The southern suburbs of Beirut were rocked Friday by at least 11 explosions from Israeli airstrikes.

In the northern part of the country, Israeli airstrikes on a bridge near the Syrian border killed 11 Lebanese civilians and wounded 13, according to Lebanon's security forces. The bridge was between Abboudiyeh and the Aarida crossing, sources said.

Israelis forces occupied the base in the largely Christian town Thursday as they moved toward a nearby area where Hezbollah fighters reportedly fired rockets into Israel, said Lebanese military intelligence and Lebanese police.

Thirty-one days of fighting have killed 123 Israelis, including 40 civilians, and 861 Lebanese, mostly civilians, according to authorities in those countries.

Group protest in Tamale over ‘low’ pay rise for public secto...
28 minutes ago