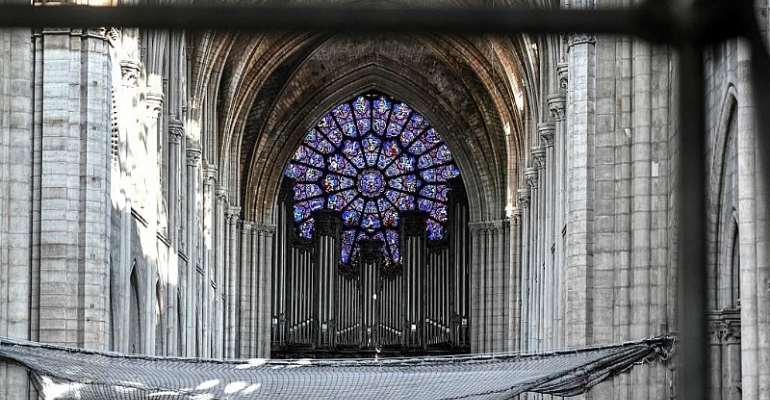 Restoration work on Notre-Dame's 250-year-old organ started Monday. For the next four years, the 8000 tubes of the instrument will be disassembled and cleaned. The organ is expected to be ready for cathedral's planned re-opening in April 2024.

The Notre-Dame's organ, located at the monument's west wing, has been the cathedral's acoustic marvel since 1733. Fortunately, the majestic instrument was untouched by the fire in April last year, and was not excessively sprayed by firemen's hoses.

However, since the fire, the organ has been covered by lead dust, and also damaged by thermal variations, notably the 2019 heatwave.

Surrounded by a 30-metre high scaffolding, the organ will have its keyboards removed starting Monday.

Then, till the end of the year, the instrument's 8000 tubes, along with hundreds of wooden and metal pieces, will be disassembled and packed into four airtight containers.

A contractor will subsequently be hired to clean, restore and reassemble the instrument.

After the organ is assembled, six more months will be required for tuning and harmony work.

According to cathedral authorities, the organ is expected to be ready for a re-opening ceremony on 16 April 2024, exactly four years after the fire, as desired by President Macron.