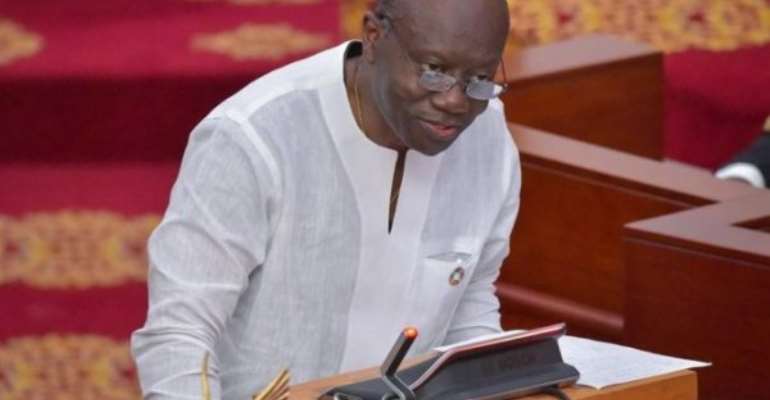 Ghana has recorded revenue shortfall of GH¢13.6 billion and an unanticipated “but necessary” expenditures of approximately GH¢11.7 billion due to COVID-19.

Mr Ken Ofori-Atta, the Minister of Finance, has said on Thursday during the 2020 mid-year buget review.

“...This will result in a projected fiscal deficit of 11.4 per cent of GDP...This is above the five per cent limit as stated in the Fiscal Responsibility Act, 2018,” the Minister said.

He attributed the situation to the slowdown in economic activities, shortfalls in domestic direct and indirect taxes, as well as custom taxes, estimated at GH¢5,089 million, representing 1.3 per cent of GDP.

There is also a reduction in petroleum revenue mainly due to decline in crude oil prices (from US$62.6 per barrel used in the 2020 budget to US$39.1 per barrel) due to the pandemic, estimated at GH¢5,257 million-1.4 per cent of GDP and increase in expenditures to contain the spread of the virus.

The Minister said, households and businesses had equally been hit with significant job losses and reduced incomes.

“Collectively, 1,531 job losses were recorded between April to June, 2020 from eight companies within the Ceramics, Timber, Food and Agro-processing industries in the manufacturing sub-sector,” he said.

He said the disruptions in the global supply chain, reduction in demand, low productivity, high recurrent expenditure, and low revenue turnover combined to impact the operations within the manufacturing sub-sector.

The Finance Minister said as a result, in some institutions the entire workforce was either asked to stay home or downsized to accommodate social distancing protocols, while in other instances, salary cuts were instituted to enable factories to survive.

Mr Ofori-Atta said the economic shock of the pandemic had also manifested through external trade disruptions and decline in commodity prices, particularly, oil whose prices had fallen by more than half, and tightening of global financial markets.

“The Ghana cedi, after appreciating strongly against the three major currencies in the first quarter 2020, came under pressure, depreciating against the US dollar in April and May,” he noted.

The Minister stated that the cedi further depreciated by 2.4 per cent against the dollar and the Euro in June 2020.

Mr Ofori-Atta said inflation also inched up by 2.8 percentage points to 10.6 per cent in April and further to 11.3 per cent in May and moderated to 11.2 percent in June.

He said a projected real Growth Domestic Product for 2020 had been revised considerably downwards from 6.8 percent to 0.9 percent.

“It is only the solid foundation established by the Government and the resilient buffers built by the Bank of Ghana that has saved the economy from contracting, as have happened in many countries,” the Finance Minster said.