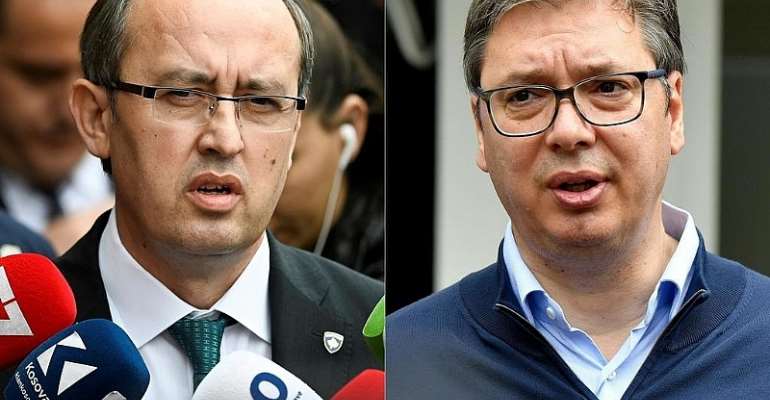 The leaders of Serbia and Kosovo held their first talks in 18 months on Friday to try and end their longstanding territorial dispute in a video summit hosted by France and Germany. Belgrade has refused to recognise Kosovo's independence but is under pressure from the West to resolve the impasse.

Paris and Berlin are leading fresh efforts to restart stalled dialogue between the two sides, but statements from both leaders after the summit suggest they remain far apart.

He told Macron and Merkel that if Kosovo's independence "is what they want to talk about, then these talks are completely meaningless.”

Belgrade has refused to recognise Kosovo's unilateral declaration of independence after the province broke away in the bloody 1998-99 war that was ended only by a Nato bombing campaign against Serb troops.

More than 13,000 people died in the war, mostly Kosovar Albanians, who form a majority in the former province.

Difficult process
Despite the longstanding differences between the neighboring countries, a French presidential adviser said “the dialogue is picking up”.

"There are very difficult perspectives for the outcome of this dialogue, but there is a commitment by everyone to proceed step by step," said the official, who asked not to be named.

Both Kosovo and Serbia have been facing mounting pressure from the West to resolve the impasse which is as seen as crucial to either side joining the EU.

Kosovo's Prime Minister Avdullah Hoti told the online summit the normalisation of relations "can be achieved only if Kosovo and Serbia respect each other's statehood".

"We believe that the dialogue has no alternative. We are ready and committed to engage on the Kosovo-Serbia dialogue on an equal footing."

New talks
The new push for the talks made by Macron's office comes after Kosovo's President Hashim Thaci was charged last month with war crimes by prosecutors in The Hague.

The indictment led to the postponement of a White House summit between Serbia and Kosovo due to be held at the end of June, which had raised eyebrows in Brussels as European officials have spent years in efforts to resolve one of Europe's most intractable disputes.

EU-backed talks broke down in November 2018 after Kosovo's government imposed an import tax on all goods produced in Serbia in retaliation for it blocking its membership bid to join Interpol.

In June, Kosovo's new Prime Minister Avdullah Hoti removed all barriers to trade with Serbia, paving the way for a resumption of negotiations with Belgrade.

The renewed talks will resume on 12 July with a video conference hosted by the European Union.