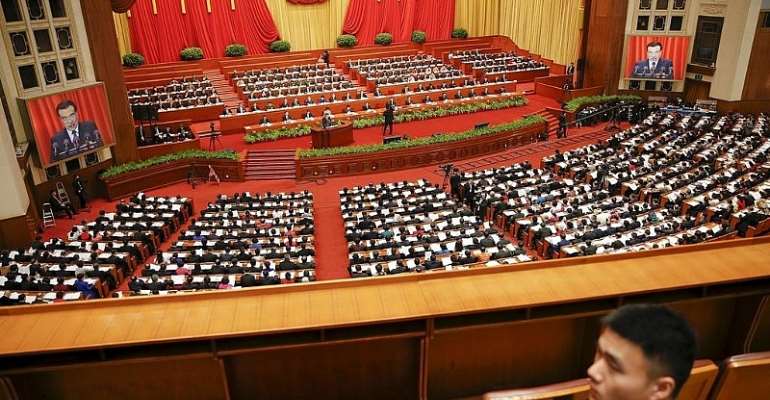 On May 22, the National People's Congress opens in Beijing. For the first time since the Cultural Revolution (which ended in 1976) the yearly session of China's de-facto parliament was postponed, a measure taken as a result of the COVID-19 pandemic.

This years' session will focus on the pandemic, the economy, and a new civil code.

With some 3,000 delegates, the NPC is far too big to be a deliberative assembly, it is “representing policy that's already been discussed and decided on” by China's Communist Party (CCP,) says Michael Dillon, an author on China's modern history.

The most important topic is likely to be the COVID-19 pandemic and the way China dealt with it, as well as prospects for economic growth – severely hampered by the virus.

“This is an occasion when the Chinese leadership will underline how much China has managed to cope with COVID-19,” adds Steve Tsang, director of the China Institute at SOAS, “better than the western democracies. And this all could happen because of the leadership of the CCP and, above all, of Xi Jinping.

The agenda may also include the drafting of a new civil code which could function as the basis for a modern civil law. “Legal professionals have been calling for this for some time,” according to Dillon.

Economic stimulus
Even before the COVID-19 crisis, China's economy wasn't performing as well as in the preceding years. The pandemic caused thousands of bankruptcies among private entrepreneurs and slowed down economic growth even further.

“China is in a position to invest in small businesses, and to give backup to businesses that are in trouble,” but Dillon thinks measures may vary depending of the severity with which individual provinces were hit. “Clearly Hubei Province was hit hardest, with a lockdown for a long time,” he says.

And it is the migrant workers who will face most of the problems, according to Tsang. “A lot of them will be heading back to the countryside as they lose jobs in the cities,” but at the same time this plays into the hands of the Jinping government, as it will diminish the pressure on the urban population.

Overall, he Chinese economy shrank 6.8 percent year-on-year in the three months of 2020, after an already disappointing six percent growth in the last three months of 2019. It is the first time China reported a GDP contraction since records began in 1992.

But for April, while imports where down by 10,1 percent, export figures started to improve with China's Customs Administration reporting a 6.8% growth. “These figures are proving that the economic fightback is proving more successful than they had hoped,” according to Dillon.

Tightening the Belt & Road
One of the biggest casualties of Covid may be Xi Jinping's pet project, the massive infrastructural Belt and Road initiative (BRI) that spans five continents. Many state-owned companies in Chinese provinces represented at the NPC are involved in this strategy.

The Belt and Road “involves Chinese contact with all of the East Asian countries, [but] China may not have the power in its sovereign wealth fund to put as much money in it as before,” says Dillon.

Moreover, Asian countries which China involved in the BRI are going to be wary about China, until people can be quite sure there wont be another wave of infections, he says.

The BRI was “perhaps Xi Jinping's signature policy, the one that he wants to be remembered for,” says Dillon, but it was already facing many doubts and problems.

“A lot of contracts that had been signed with Pakistan, Bangladesh and Indonesia had to be re-negotiated because the amount of debts that these countries were going to be in were unsustainable.”

The COVID-19 situation is “an opportunity” for indebted countries to “re-negotiate” their BRI contracts, he says.

“The BRI is a very expensive project,” adds Tsang, “...there were plenty of people within the Chinese establishment who are skeptical.

"And with COVID-19 and the shortage of funding, and the risk of other coutries unable to pay back the loans, the Chinese government is likely to slow down more significantly that before COVID-19 hit.”

Export masks to save face
After China's COVID-19 cases peaked, Beijing changed tac and turned from pandemic victim into savior of the world, exporting billions of face masks, ventilators (partly explaining the increase in monthly exports,) and sending medical teams to countries which were hit hardest.

“It's been an effective policy to a certain extent,” argues Dillon. “It looked very good for China's image, particularly in African countries and poorer Asian countries where China hopes to have long-term influence.

“The fact that China can afford to bring this equipment abroad gives a signal that  it successfully conquered the pandemic in its own territory, regardless if that is really the case, so it is good for its image,” he says.

Though the NPC's annual session ordinarily lasts around ten days, this year's may be shortened to only seven days, according to NPC Observer, an outlet of legal specialists that follow China's judicial procedures. They expect the Civil Code to be approved on the last day of the session.