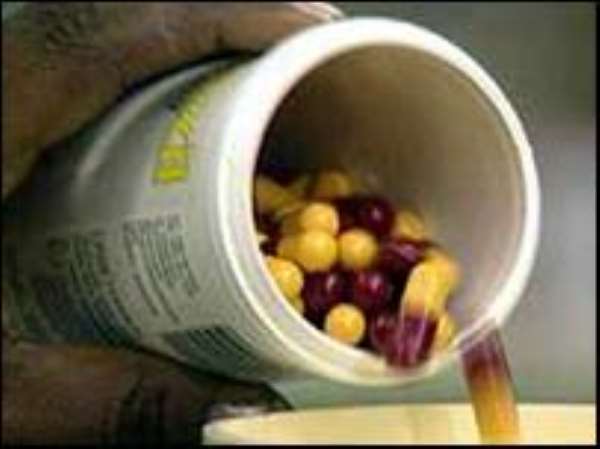 A study published in the British Medical Journal found that three days of antibiotic treatment were just as good as an eight-day course.

Experts said shorter drug courses may be effective in other infections and would help fight antibiotic resistance.

Community acquired pneumonia is one of the most important reasons for the prescribing of antibiotics in hospitals, and reducing treatment duration could result in a big drop in use of the drugs.

Researchers compared the effectiveness of discontinuing treatment with amoxicillin after three days or eight days in 119 adults admitted to nine hospitals in the Netherlands with mild to moderate-severe community acquired pneumonia.

In patients treated for three days and eight days, the clinical success rate at day 10 was 93%.

By day 28, the effectiveness of three-day treatment was 90% compared with 88% for eight day treatment.

Both groups had similar improvement in symptoms, x-ray results, and length of hospital stay.

However, the researchers did not look at people who had severe pneumonia.

Dr Jan Prins, lead researcher at the Department of Internal Medicine at the Academic Medical Centre in Amsterdam, said there were no studies which had looked at this issue.

"What we found was it was completely the same for three or eight days for the vast majority of patients with pneumonia.

"There was a study published last year which showed there is a correlation between antibiotic used in the community and resistance so if we can reduce consumption while still getting results that is important."

In an accompanying commentary, Dr John Paul, consultant microbiologist at the Royal Sussex County Hospital in Brighton, said the study suggested current guidelines recommending treatment for seven to 10 days should be revised.

"For a lot of antibiotics we don't really know what the optimum treatment is.

"It's amazing that a simple thing like community acquired pneumonia hasn't been properly addressed but this study done with statistical rigour has shown that treatment for seven to 10 days is not necessary."

"The perceived wisdom is that its a bad thing to expose people to antibiotics unnecessarily.

"The guidelines should be looked at by the British Thoracic Society," he said and added that in the mean time individual physicians were free to use shorter courses of antibiotics if they felt comfortable doing so.

Professor Richard Wise, chair of the government's specialist advisory committee on antimicrobial resistance, said: "Community-acquired pneumonia is an important and common disease for which antibiotics are currently indicated.

"Anything that reduced exposure of patients to antibiotics reduces the possibility of emergence of resistance is to be welcomed."