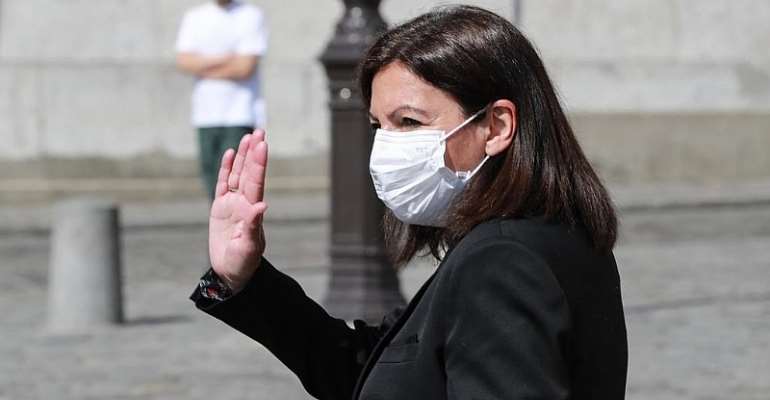 Thirty-six French mayors, including Paris' Anne Hidalgo, have urged the government to hold the second round of municipal elections in June. "Democracy can't remain locked down any longer," they said, as thousands of municipalities across France are still waiting to elect their local representatives in a vote delayed by the coronavirus lockdown.

"Let's not transform the sanitary confinement into a confinement of democracy," the mayors said in a column published by Le Journal du Dimanche. "This would be damaging to France's future.

"Millions of French people are waiting to elect their mayor, to establish a municipality capable of making crucial decisions for our schools, our transport, our jobs," said the group, also including Christian Estrosi (Nice), François Rebsamen (Dijon), Nicolas Florian (Bordeaux) and Martine Vassal (Marseille).

Some 5,000 municipalities representing more than 25 million French people are waiting for the second round, with 30,000 mayors already decided after outright victories in the first round on 15 March.

The government is expected to decide next week if it is safe to hold the run-off by the end of June, after consultations with health experts. If it is not the case, the whole election would have to be re-run for the municipalities in question.

"How can we ask people who already came out to vote on 15 March to come out and vote again?" asked the mayors in the column. "It is imperative to close this electoral process as soon as possible, before the summer.

"We cannot ask mayors to reopen schools for education but keep them closed for elections," they argued, with most voting in France taking place in schools.