Covid-19 cases in Sierra Leone double in one week 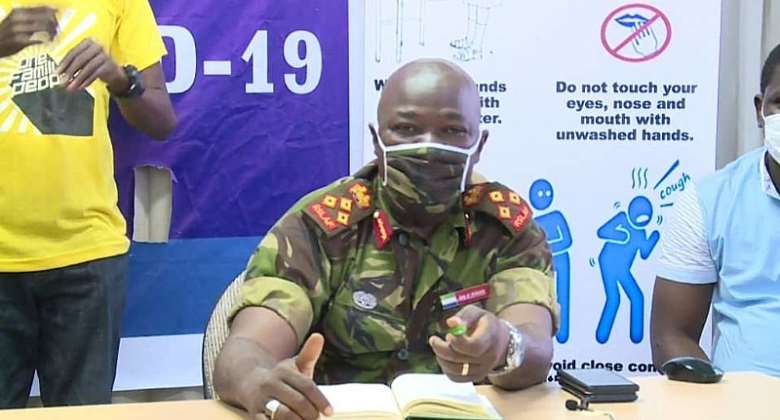 Sierra Leone has recorded a massive jump in coronavirus cases over the last seven days. The country took 29 days from the end of March to the end of April to reach 104 cases. But things took a turn for the worse this week, with 121 new cases reported – bringing the total number of confirmed infections to 225.

The Head of Case Management at the Emergency Operations Centre in the capital Freetown, Professor Sahr Foday has explained that the rise in numbers is “because we are actively searching and identifying cases and bringing them to the hospital.”

He added “we increased the testing capacity, we increased the surveillance system and made it more robust, and we made sure that the surveillance team contact trace and investigate all primary and secondary contacts, and we made attempts to actually meet all those primary contacts and obtain samples from them. So I think that would be one of the reasons why the numbers have gone up.”

Foday, who is a serving brigadier with the Sierra Leonean military, said the idea was to chase the virus. Therefore, they had identified three slum communities – Susan's Bay, Thompson's Bay and Mabela – where they wanted to undertake random testing.

The strategy
Foday said “we have identified cases in these places, so our plan was to go to these communities and do random sampling, to actually establish that there is indeed community transmission, but unfortunately we went there two times, three times and although a few people allowed us to take samples but the vast majority refused and actually frustrated our efforts.”

The country observed its second 3 day lockdown from Sunday 3 May to Tuesday 5 May and during that time 59 positive cases were identified and confirmed.

Bed capacity
When asked if the country continues to record more hundred cases per week and whether the healthcare system's bed capacity could be over-run, the Case Management Head said “No, we have more beds and we are trying to increase the number of beds, Fourah Bay College alone has 151 then Jui has 50 or more, 34 Military Hospital has over 30 beds, we have opened treatment centres in Lungi and Makeni and we are increasing the number of beds.”

Sierra Leone is already under an indefinite partial lockdown, including a dusk-to-dawn curfew and inter-district travel restrictions, with permission for the transportation of only food, fuel, medicines and other essential items.

Riot against Covid-19 restrictions
At the end of the 3 day lockdown youths in one of the fishing villages revolted and attacked police stations releasing all suspects held in custody and breaking all the windows in the barracks. A community centre which also doubles as a health centre was also ransacked.

The youths were angry because of Covid-19 restrictions imposed by town authorities allowing no more than 10 fishing boats out to sea.

A daylight curfew has been imposed to re-establish calm in the area.