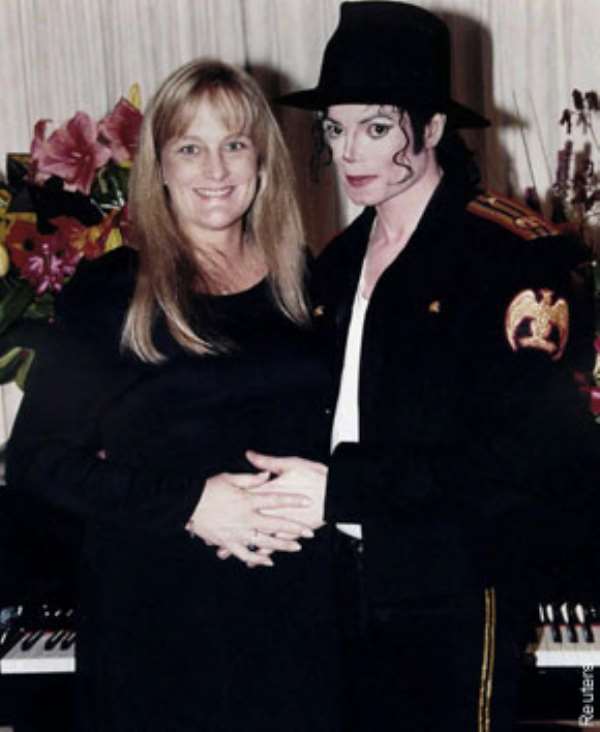 By LUKAS I. ALPERT and LACHLAN CARTWRIGHT
Debbie Rowe has hit the baby-making jackpot!
A child-custody agreement announced yesterday will keep Michael Jackson's two oldest children with his relatives -- but only if they continue to pay the kids' human incubator about $4 million as part of an informal "spousal" arrangement she had with the King of Pop before he died, sources said.

Lawyers for both sides tried to spin it that no money had changed hands, but in a carefully worded statement, the family admitted yesterday they would continue paying her dough promised to her by Jacko -- a verbal contract that died with him.

"The parties have neither sought nor agreed to any compensation to be exchanged, apart from the continuation of spousal support payments that had previously been personally agreed to between Michael Jackson and Deborah Rowe," lawyers for both sides said.

The Post first reported the $4 million settlement two weeks ago.

Sources said Rowe, who was left nothing in Jacko's will, claimed the pop icon had been paying her $1 million a year, but she had no written proof of the arrangement, so Jackson's brothers argued they try to ice her out.

Even the family's lawyers argued they had grounds to fight it, but Jacko's mother, Katherine, 79, decided to give Rowe what she wanted to make her go away for good, the sources said.

"They just want to get rid of her. They recognized early in this process that she had no interest in playing a real role in their lives and that it was all about money," one source said.

In the end, the family agreed to fork over several hundred thousand dollars a year for a fixed period.

Katherine will remain the guardian of Prince, 12, and Paris, 11, and Rowe will be allowed supervised visits.

While Rowe, 50, had made noise that she would fight for custody, sources said she was really after getting the family to continue the payment schedule she worked out with Jackson following his 2005 child-molestation trial.

"They are going to honor that," one source said. "As part of the agreement, they have to say it's not about money."

Rowe's lawyer, Eric George, praised his client's "integrity and selflessness" and said her "sole consideration" was for "the best interests of the children."

Jackson's lawyers, Londell McMillan and Diane Goodman, said the family was "pleased this matter is resolved and handled in a caring, thoughtful and courteous manner."

Meanwhile, Joe Jackson told NewsOne.com that Norwegian rapper Omer Bhatti, 25, who sat in the front row with the family at Jacko's memorial, is the singer's son.