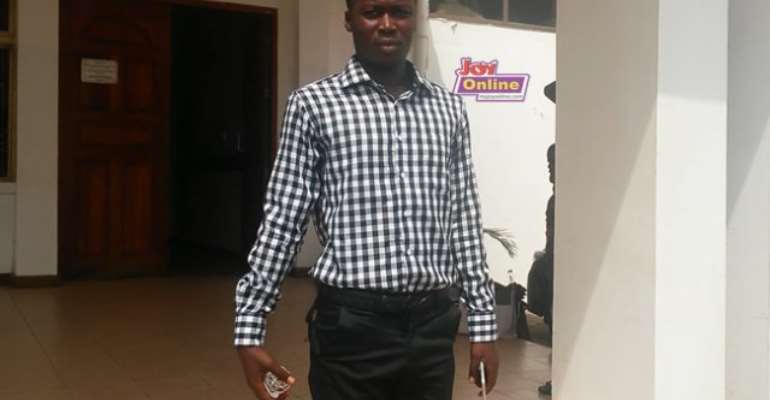 The state today called its first witness in the case against hiplife artiste Wisa, who is standing trial for gross indecent exposure after allegedly showing his manhood during a performance on stage.

During the hearing Wednesday, state prosecutors presented a video footage of the artiste on stage as evidence. State investigator, Chief Inspector Odame also presented himself as a prosecuting witness.

Wisa, born Eugene Ashie, is standing trial for allegedly showing his manhood whilst performing at the Decemba 2 Rememba concert organised by Accra-based Citi FM on December 24, 2015.

Hitz FM’s Beverly Broohm who was in court reported that the state investigator during Wednesday’s hearing played the video in court after which Jerry Avenorgbor, Wisa’s lawyer cross-examined Chief Inspector Odame.

Jerry Avenorgbor asked the investigator who edited the video and sought to find out from him whether he was aware that the video could be edited.

Wisa's lawyer subsequently asked the investigator whether he was at the Decemba 2 Rememba concert where the incident happened to which Chief Inspector Odame said “no”.

He went ahead to find out whether the police looked at Wisa’s manhood when he was invited after the incident?

Chief Inspector Odame responding to the questions said, in the investigation caution statement Wisa, after watching a replay of the video, admitted that it was his manhood he showed on stage.

After the cross-examination, the judge, Abena Agyin Doku adjourned the case to March 22. This was after Wisa and his counsel had prayed the judge to change an earlier adjourned date of March 16.