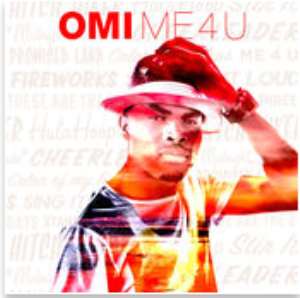 International pop sensation OMI has announced that his debut album ME 4 U will be released on October 16. The album, which will include the #1 hit single “Cheerleader (Felix Jaehn remix)” and brand new single “Hula Hoop,” is available for pre-order now HERE.

The album announcement comes as “Cheerleader (Felix Jaehn Remix)” locks the #1 spot on Billboard’s Hot 100 chart for the sixth week, tying for the longest run at #1 on the Hot 100 for a reggae song in more than 22 years. “Cheerleader” is also one of the longest standing #1’s on South African airplay Top 100 this year, hitting the top spot for a whopping four weeks already. The track is certified Platinum in South Africa, the US, Canada, The UK and in ten other territories.