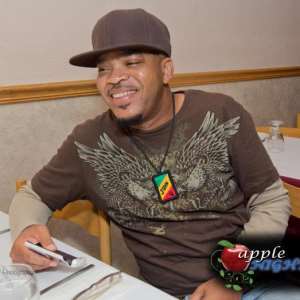 This is a gospel song fused with a reggae beat. It was produced by the beatmaster and renowned “Supa Dupa” Producer; Jeff T. Quaye aka Jay Q. (Known for the sound of a broken bottle as his signature).

Imagine driving on the Tappan Zee bridge, New York and a song about thanking the Lord comes to mind and that is the result of the new single; "Thanks & Praise" by John Q. It will be a hit for the gospel music lovers.

Currently working on a new album, John Q known for the hit single; “Born Alone, Die Alone” which is still rocking at many stores in New York. The song has a powerful message that one has to live and have fun. ”At the end of the day each one of us was born alone and will die alone so you must enjoy yourself”.

An excited John speaking to 3G said that he felt God has done a lot for him and deserves thanks and praises. Without God, he would not be alive, and not having the gift of singing. This song is for his fans around the globe so he requests all of you to join him to offer “Thanks and Praise” to the almighty. A video for the single will be released shortly.