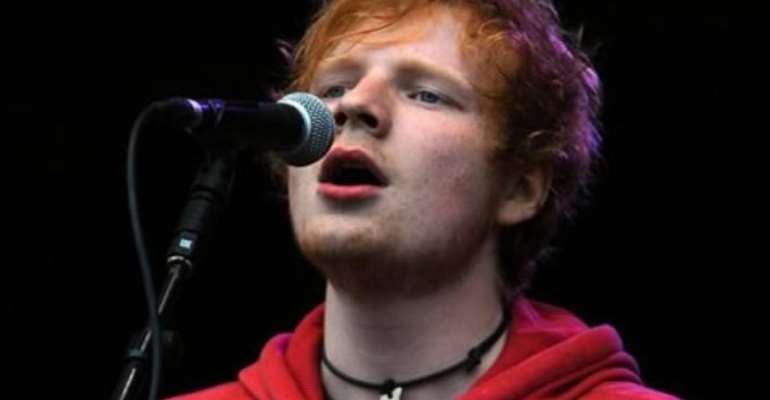 Singer-songwriter Ed Sheeran is leading the charge at this year's Brit Awards, with four nominations.

The 20-year-old is up for best male, breakthrough act, best single for The A Team, and best album for his debut record, which is called +.

Organisers have also announced that Adele will perform live at this year's ceremony next month.

It is her first confirmed live performance since recovering from throat surgery.

The singer is also nominated in three categories - best female, best single for Someone Like You and best album for 21.

Sheeran told the BBC he was "ecstatic, really happy and pleased" to be recognised at this year's awards.

He will go up against James Blake, James Morrison, Professor Green and Noel Gallagher's High Flying Birds in the best male category.

Professor Green, who has received his first Brit nomination, told the BBC: "I've been sat at a [Brits] table three times. This will be my fourth time, so it's nice to be nominated."

The best album category will see Sheeran and Adele compete with Coldplay for Mylo Xyloto, Florence and the Machine for Ceremonials and PJ Harvey's Mercury Prize-winning Let England Shake.

Sheeran said: "I think any artist would really want to win the best album award - but to be honest I think Adele will win that one.

"This exact time last year, I was signing my record deal. So I think it's been a good year."

Jessie J, who was awarded the Brits Critics' Choice prize for 2011 told the BBC she "would never have imagined this last year".

"I remember sitting at the table and thinking, next year I want to be voted best female. Even if I don't win, it's just being nominated and the feeling of that."

Also in the best female category are Adele, Florence and the Machine, Kate Bush and last year's winner Laura Marling.

The star, whose real name is Jessica Cornish, admitted she would be facing stiff competition in some of the categories.

"Award ceremonies aren't fun if the competition isn't tough," she said. "The standard of British music is so big right now that whoever wins deserves it."

Coldplay have a second nomination for best group, along with Chase and Status, Arctic Monkeys, Elbow and Kasabian.

Ten tracks are up for best single, including Example's Changed The Way You Kissed Me, One Direction's What Makes You Beautiful and The Military Wives' number one, Wherever You Are.

Four of the Military Wives - who scored the Christmas number one single - attended the launch and admitted the attention was still a bit overwhelming: "It's complete bonkers, we've been really fortunate and privileged to have had the experiences we've had.

"We were very lucky that Gareth (choirmaster Gareth Malone) came and chose us out of all the military camps across England and we're just on the ride of our lives."

Scottish singer-songwriter Emeli Sande has already been announced as the recipient of this year's Critics Choice award, which recognises up-and-coming talent.

She was presented with her Brit trophy - designed by Sir Peter Blake - by Jessie J at Thursday's nominations launch event at London's Savoy Hotel.

The singer is also nominated for the breakthrough act award along with Sheeran, Jessie J, Anna Calvi and The Vaccines.

In a year when the music press has bemoaned the lack of new British rock bands breaking into the mainstream, The Vaccines told the BBC their nomination was proof it was possible for guitar bands.

"Just to be included in this and to be recognised as a band who have had a successful year is vindication."

The main prizes - including a lifetime achievement prize for Britpop band Blur - will be handed out at the O2 Arena on 21 February.