Guru Not Happy With GMA 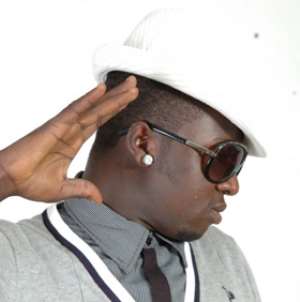 One of Ghana's enterprising Hiplife music stars, Nana Yaw Adjei Yeboah aka Guru, who has carved a niche for himself in the music scene in Ghana, has disclosed that he was expected to be nominated for the Discovery of the Year Award at this year's Ghana Music Awards, which takes place on Saturday, April 9 at the Accra International Conference Centre.

Guru, who won Best Collaboration of the Year with Obrafour last year for the song 'Kasiebo' , has been nominated in the Best Rapper of the Year and Hiplife Song of the Year categories for his song ' Democracy '.

Guru is competing for the Best Rapper of the Year Award with Sway, J-Town, Trigmatic and Reggie Rockstone.

Speaking on Hitz FM's popular programme, 'Day Break Hitz', Guru said he was comfortable with being nominated alongside Reggie Rockstone who started rapping when, he, Guru, was then not matured.

Guru hinted that he would release his much-awaited album soon after the Ghana Music Awards.