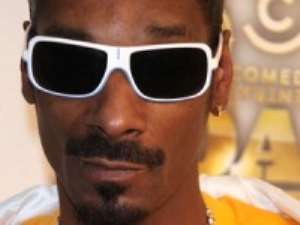 
Snoop Dogg has confirmed he's signed up to star in a new "stoner movie" with his pal Wiz Khalifa.

The rapper, who has made a number of big screen appearances over the years, became close friends with hip-hop newcomer Khalifa while they were working on a track together, and they made plans to team up for a movie.

Snoop Dogg has now revealed they are set to begin filming a comedy called High School which he describes as a "stoner movie, a little something for the stoners".

He tells Billboard, "He called me to be on a remix. From the remix we became close friends and spent time together (we) made six or seven songs and created an idea to do a movie and a soundtrack, and just a bond to build a friendship and build a brotherhood."

The rapper's last movie appearance was in 2010's Malice n Wonderland, which was linked to his 2009 album of the same name.

Cameras are due to roll on High School in May.