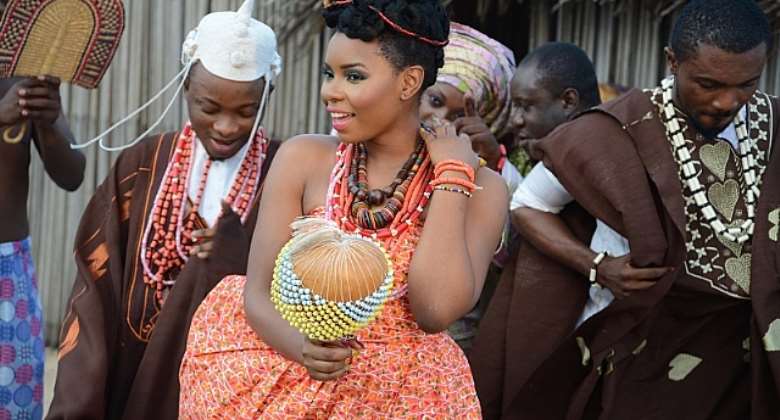 Yemi Alade who just returned to Nigeria after thrilling fans at a sold-out concert at Municipal Stadium in Lome, Togo last weekend is gearing up for the release of her anticipated debut album titled "King Of Queens".

Building up to the release of the album, the Effyzzie Music Group diva who just inked a multimillion naira endorsement deal with a drink company was spotted filming two different music videos during the week. The #KOQ album is slated from a September release and will feature Yemi Alade hit singles "Tangerine" and "Johnny" in her track-list.

Check out pictures from the video shoots.