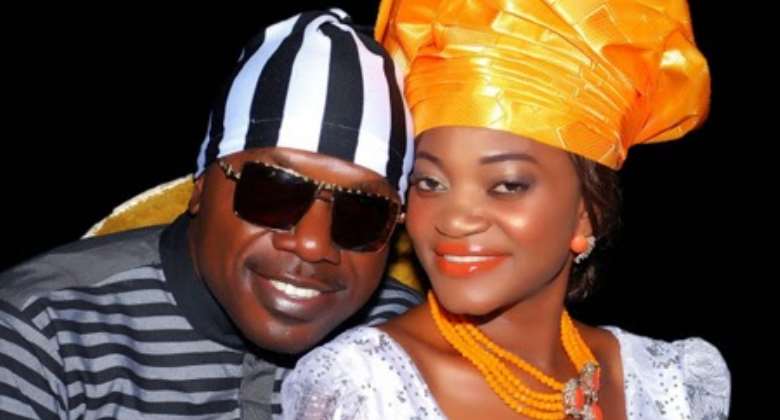 There have been speculations that Nigerian singer, Zaaki Azzay picked his ex-wife's cousin as his new wife. The wedding, which took place recently in Benue State, took many by surprise.

In a recent interview, the musician, known with his trademark torch, denied marrying his former wife's cousin, stating that they are only from the same Local Government in Benue State. He also maintained that the wedding ceremony, which took place about three weeks ago, was not in any way secret because some members of the media were present to cover the event.

He said, “as a public figure, everybody knows my story. It is on the Internet. My present wife's family has looked into the matter critically and found out that most of what was said about me was not true. Apart from this, Hembadoon is not someone who doesn't know her right from her left. She is a graduate of Benue State University.

When asked why he married another wife from the same village where his ex comes from, he said:

“When I started dating my present wife, I didn't know that she was from the same community with my former wife. I had vowed never to touch anybody who doesn't love me sincerely because I didn't want to fall into the wrong hands again.

“But when I eventually fell in love seriously, I knew. I have met a lot of women who are finer, richer and more educated than she is, but I know that they are just after me for one thing or the other. So, it is love that actually joined us. In fact, when I found out that she is from that community, I almost ran away. But eventually,

“I decided that I won't maltreat another woman because one woman has wronged me. You shouldn't let your past influence your future. I didn't marry secretly. Radio Benue was there and I gave Hip TV exclusivity to cover it.”

‘I didn’t snatch Speaker’s seat; I was only preserving it fo...
15 minutes ago