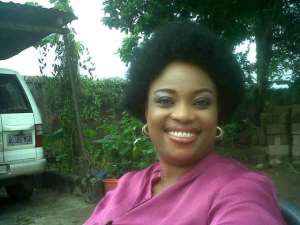 Nollywood actors and actresses are truly benefiting from TB Joshua ministries oo. The likes of the late Enebeli Elebuwa , Camilla Mgberekpe, Jim Iyke etc  have all been delivered and now Nneoma Ukpabi.

Check out Nneoma's deliverance testimony below

Mrs Nneoma Ukpabi is a Nollywood actress who had the problem of an overdue pregnancy (10 months). She had previously undergone two Caesarians for her other children. She was again booked for an operation for the third time because her placenta could not support the baby.

The doctor stated that she could not undergo normal labour because it could become life threatening. A lady encouraged her to pray and believe in God and brought out the Anointing Water stating that it was from the SCOAN.

The lady ministered it to her in the name of Jesus Christ and 15 minutes later the first stage of labour took place as blood and water gushed out. She was taken to the hospital where she later delivered the baby safely without operation. The doctor was surprised that she delivered the baby safely without the operation she was booked for. She is now happy with her two months old baby girl