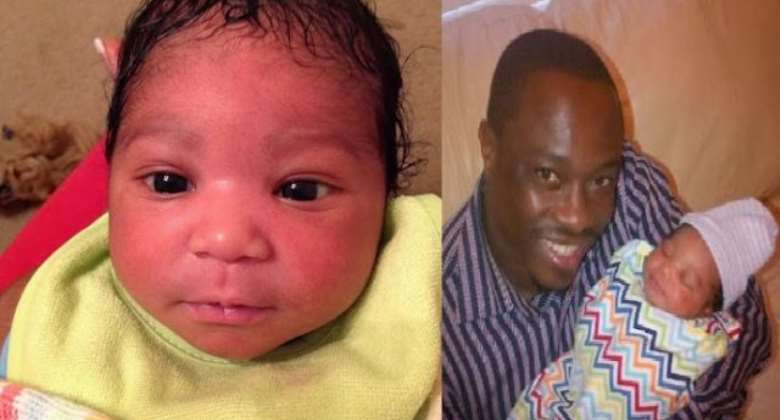 The indefatigable comedian, once said that he has a calling but is waiting for God to call him directly. The name of his son Zadok seems to be the bound that will tie him with his pastoral calling. He once said about his calling, ''Trust me, it's something that people look forward to. I believe that God is calling me but he hasn't called me directly because I can't decide on my own."

Some of his close allies confessed that Zadok is a name he has personally chosen to fulfill all righteousness. Zadok was a Hebrew priest who descended from Eleazar the son of Aaron, does this mean that Julius is placing his baby son on a spiritual mission?
Only Julius can answer that!

Meanwhile, there is an interesting fact one needs to know about the stand up comedian, the family of Julius have the number 7 as their birthdays, Julius was born on April 7, his daughter Zahra on September 7 and son Zadok on October 7

I Have The Urge To Prostitute After Getting Married- Maheeda Explodes

My Marriage To Phillip Inspired My Colleagues—Ini Edo