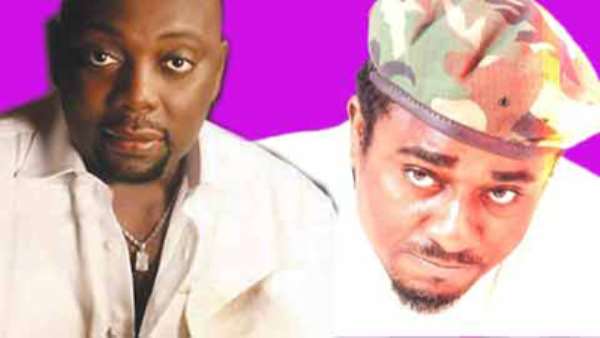 There seems to be no end to the crisis rocking the Actors Guild of Nigeria (AGN) as one of its factional leaders and notable actor, Emeka Ike has dared anyone to conduct the guild's general election and face the consequences of a jail term.

He also declared as illegal, all the activities of the Segun Arinze-led faction of the guild saying “ it's not representative of the entire interests of the members of the guild.”

Addressing movie journalists on Monday, in Gbagada area of Lagos, Emeka said “it's important to note that any signature Segun Arinze ever appended on behalf of the guild (AGN) is a illegal and does not represent the didactic opinion of the real and constitutional executives of the guild.

The actor also warned against the activities of those who parade themselves as “middlemen” and claim to represent the collective interests of film makers across the country before the powers-that-be, describing their activities as not only illegal but with the tendencies to bring the industry to disrepute.

According to Emeka Ike, “Segun Arinze is still my friend and I don't have any problem with him. I only have problems with the people that make up the Board of Trustees.

“They (members of BoT) want to install another president and I'm saying to them it's not possible in the court of law. They don't have the mandate to appoint a new president in that constitution.

“Now, they are looking for a way to amend the AGN constitution. How can you amend a constitution that is in court? It is very sad that people don't abide by the rule of law, but by their own rules.”

However, in a court order, signed by the presiding judge of the Federal High court, sitting in Lagos, J.T Tsoho and made available to us, by Emeka Ike's lawyer, Barrister Malcolm Omirhobo, the court warned both parties to maintain the status quo in the context of the case.

It also awarded the sum of N8,000 against the defendants, and ordered for accelerated hearing in the case as requested by Emeka's lawyer.
The case comes up on the 14th of December, 2011, when the court is expected to hear the plaintiff's originating summons.

Reacting to this development, Segun Arinze simply muted, “ I don't have anything to say now. Emeka Ike is free to do whatever he wants to do. But I will be talking to him through my lawyer.”

The controversial election is expected to hold before the end of this November.