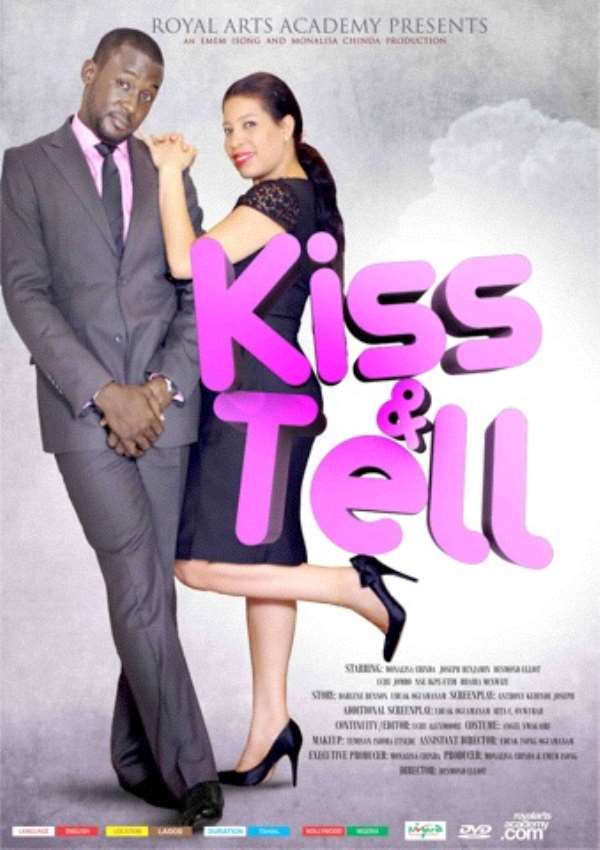 Recent statistics from the cinemas has revealed that 'KISS AND TELL' the movie by star actress Monalisa Chinda and prolific producer, Emem Isong is ranked the fifth most watched Nollywood movie ever to hit the cinemas; following the trail of movies like; 'Ije', 'Figurine', 'Anchor Baby' and 'Tango with Me'.

Right form the night of its premiere, many predicted the movie was going to be a hit and they have been proven right as 'KISS AND TELL' has continued to attract wide patronage since its arrival at cinemas across the nation on Friday, July 1, 2011.

In 'Kiss and Tell', Iyke (Joseph Benjamin), the ultimate player in the game of women runs Blue Quest with his friend Bernard (Desmond Elliot); their friendship however does not apply to their coy. Iyke, who prides himself as the ultimate player per excellence however met his match perhaps more than he bargain for in Delphine (Monalisa Chinda), a divorce lawyer who is a divorcee herself. Iyke is about to lose a bet, a controlling shares of Blue Quest. He has to win or lose all.

However, many are speculating that the statistics could get better for 'Kiss and Tell' as the movie is only in its fourth week at the cinema.