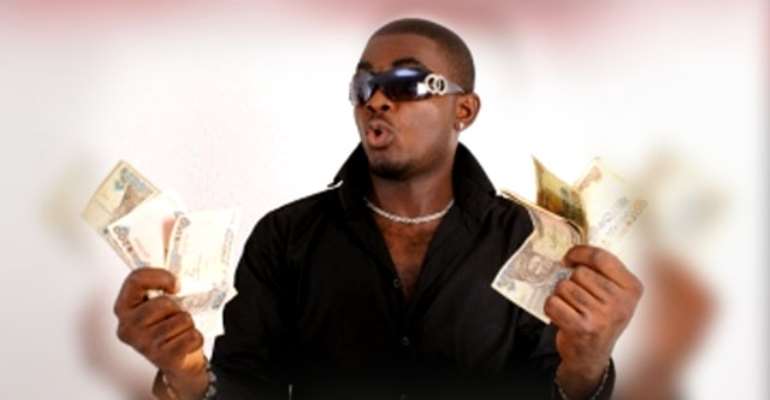 I actually don't know what to call this but maybe I should just let you readers to decide. It is about former Kennis music artiste Kelly Handsome. The guy seem to be trying his hands in other ventures since what brought him to limelight, music is no longer paying. The maga don pay crooner was seen begging a popular movie producer if he will consider him in his forth coming films which will be a hit. The singer told the producer face to face that he is an all round entertainer, that there is hardly anything entertainment that he cannot do. When it was obvious the producer wasn't listening to him he held him close to him and said he should see that will be exhibit some stunt for him now as they speak and behold our dear Kelly Rowland, o Handsome was seen displaying some acting talks and poses. The producer gave him his complimentary card and told him to get in touch with him; who knows you may do well as an actor, the producer concluded. Well in my own view instead of this guy be fooling himself in public; why not go back to your former boss Kenny Ogungbe so that he can revive your music career. Abi wetin you say I talk.