8 Ways To Deal With Lies 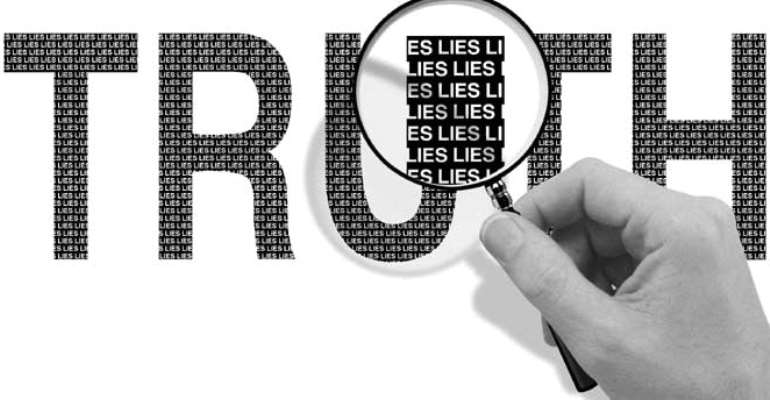 People lie for different reasons and it hurts more when someone you love and trust lies to you. Jumia Travel , the leading online travel agency, shares 8 ways to help you deal with lies and temper its effect on your emotions and perceptions.

Look for Patterns In The Person’s Lies

Determine if the Person’s Lies Are Harmful

Truth is there is no such thing as a harmless lie, but some lies are more harmful than others. You need to figure out how the lies affect you, the person lying and others that might be involved. Is the person lying to protect, escape the consequence of an error, or manipulate? More importantly, are the lies manipulating you into making decisions or acting in ways that are unlike you or your personality?

Decide Whether or Not to Confront the Liar
This is a personal choice. After you are sure, beyond reasonable doubt, that you have been lied to, you need to sit down, think and decide on your course of action. Determine the better alternative between confronting the liar and keeping to yourself the fact that you know the truth. You can keep it to yourself to inform your future decisions concerning the liar and anything that has to do with the liar.

Document the Lies
This seems funny but if you neglect this you can be made the fool, especially when you confront the liar for his/her lies. You don’t have to show the documentation to anyone, it is mainly for you so you don’t lose sight of the truth. You should document the instance of the lie and why you believe it is a lie. Do some research (an objective one) to get some evidence proving the lie, you should be able to show the liar (and to some degree even yourself), without a doubt, that a lie or lies have been told.

Talk to the Person Privately
If you must confront the liar, don’t do so in public. That tends to have a less than desired effect and isn’t likely to help the person change. When you talk to the person, don’t be condescending or aggressive, calmly point out the person’s lie(s) with evidence and give them space to react. If the person admits the lie(s), then they are most likely remorseful. You can give the person a chance to explain the lie(s).

If the person doesn’t admit the lie after being caught with evidence, then there is a deeper problem – you are more likely dealing with a compulsive or pathological liar. You should tread carefully and wisely at this point because they are unlikely to admit the truth no matter how aggressive you get.

Prepare for Resulting Trust Issues
After being lied to, prepare for the fact that you are likely going to have difficulty trusting people again because the feeling of betrayal doesn’t fade easily. At this point, it helps to remember that there are still honest people in the world, regardless of how few they might be. Remind yourself that no one deserves to be judged by the mistakes of others – everyone deserves a chance.

Protect Yourself
Dealing with lies can be emotionally exhausting. Ensure that you don’t get wrapped up in a person’s lies again. Ensure that at every point you always have a firm grasp on the truth. If things get out of hand and you have to endure mental and psychological trauma because of a person’s lies, it advisable to distance yourself from the liar, and in more extreme cases, cut the person off completely.