Do You Need A Miracle? 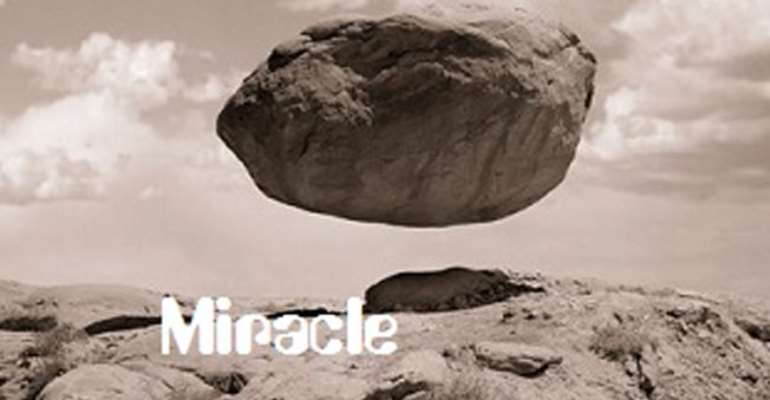 Do you need a miracle or breakthrough in your life? Can you afford a miracle? You may be wondering, do people pay for miracles and breakthroughs? Yes they do! Contrary to popular believe, miracles don’t just happen! Miracles are reactions [Some say provocation, enforcements and movements] to actions in the cosmic realm. Miracles are negotiated by faith, sacrifice, patience and absolute doggedness. In otherwords, you can enforce your miracle by your tenacity and willingness to sacrifice. You may then ask, how much do I have to pay for my miracle? Who set the price for miracles? The short answer is, everyone sets their own price. The long answer is, It depends on the kind of miracle or breakthrough you need and how bad you want it. Obviously the price for having a miracle baby “by this time next year” cannot be the same as the price for having a miracle baby without any deadline; and the price for your soul mate is not the same as the price for just any man or woman. Time is a factor in spiritual things. Severity of your situation is another factor. The price for healing from cancer is different from the price tag for healing from headache. Let’s look at some of the precedents and see what people paid for thier miracles or breakthroughs.

1. Abraham had to leave his father’s house, his country and people. Next he wondered in the wilderness throughout his life searching for his miracle. He never found it but today he is the most revered father of the Jews and the Gentiles.

2. Rebecca was childless for a long time. She asked God serious questions when she could not have a child.

4. David became homeless, hungry and a fugitive before he became a king.

5. Hannah was blamed and shamed for being barren.She fasted while other feasted, prayed while others were having a party, and gave out her child before she conceived the child. In return she became the mother of one of the greatest prophet and priest in history. Samuel was prophet, judge and priest all in one. Nobody else in history has occupied all three positions at the same time.

6. The woman with a blood decease plowed and clawed her way through the crowd to touch the helm of His garment. In return she was made “whole”

7. Esther risked her life to save her people.
8. The syrophoenician woman refused to take “no” for an answer for her daughter’s healing

9. Jesus fasted 40 days and 40 nights to obey His father and save His friends.

10. Job? Well, you don’t want to go there!. He lost it all before he gained it all and more. Now that you have an idea of the price range for miracles and breakthroughs, do you still desire a miracle? Can you afford a miracle? What are you willing to give up for your miracle?