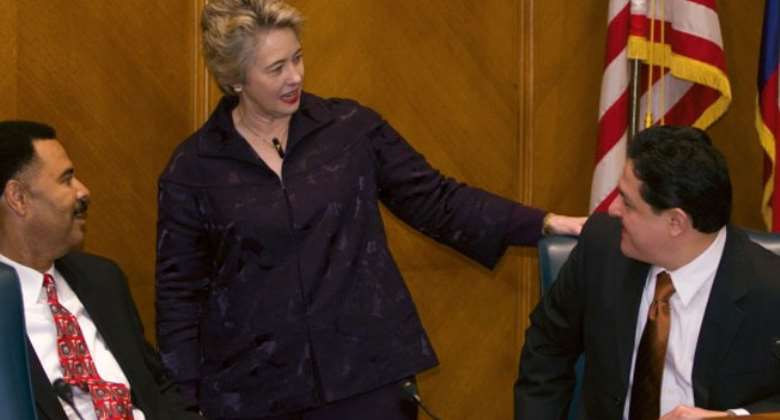 Christians who oppose the Houston mayor's attempt to censor what pastors say about her gay-rights agenda have sent hundreds of Bibles to her office at the request of a prominent conservative commentator.

Mayor Annise Parker, who is open about her lesbianism, acknowledged this week that her office had received Bibles from across the country following a protest campaign launched by former Arkansas Gov. and Republican presidential candidate Mike Huckabee, who is now a news analyst on FOX News.

“I would like to ask every pastor in America, send her your sermons,” Huckabee said on his FOX News show on Oct. 20. “Everybody watching the show ought to send her a Bible.”

Huckabee and other Christian leaders around the country have raised vehement opposition to subpoenas issued by the city that called for the sermons of select Houston-area pastors to be collected and examined as part of the city's defense to a recall lawsuit that seeks to overturn Houston's new gay-rights ordinance.

“She needs to apologize and start respecting all citizens, or at least have the integrity to resign,” Huckabee said on his program.

Parker has since instructed the city's legal team to narrow the scope of the subpoenas and had earlier said she did not know about the sermon subpoenas before they were issued, according to an online report by a Houston television station.

“It is not about what someone may have preached. It is about whether in any forum they gave specific instructions how to fill out the petition because that is the crux of the legal case,” Parker was quoted as saying on Monday.

Parker said she planned to donate the Bibles she has received to area churches.

“Actually, I think it was a very productive way for folks who disagreed with our legal strategy to express that disagreement, and I'm happy to share the Bibles with those who may want them,” Parker said.

Also Tuesday, pastors and other faith leaders from around the country were flocking to Houston to hold a prayer vigil outside the mayor's office.

Along with Bibles being sent to the mayor, pastors in the United States and Canada began flooding Parker's office with texts of their sermons—in effect mocking the city attorney's attempt to vet the sermons of at least five Houston-area pastors who have been outspoken in their criticism of the ordinance, which a majority of Houston residents have been shown to oppose.

Last week, a U.S. Civil Rights Commissioner issued a letter that asked Parker to withdraw the city's subpoenas for 17 different forms of private communications belonging to five pastors as part of a lawsuit in which they are not involved.

In the letter, Commissioner Peter Kirsanow called the requested subpoenas “a blatant attempt to punish these pastors for expressing their religiously-based political views” and “an abuse of government power.” The U.S. Commission on Civil Rights is an independent, bipartisan, fact-finding federal agency concerned with civil rights policies and laws.

“No government entity should be in the business of requiring private citizens to turn over private communications about the issues of the day,” the commissioner's letter stated. “Obviously this discovery request would tend to have a chilling effect on political speech, which is the speech subject to the greatest First Amendment protection.”

“There's only one answer to Houston's shameful problem: Withdraw the subpoenas. We agree with the commissioner that Houston should do just that immediately,” Erik Stanley, senior legal counsel for the Alliance Defending Freedom, said last week.

“Even though the pastors are not parties in this lawsuit, the subpoenas still demand from them 17 different categories of information, including their speeches and their private communications with church members. The city must respect the First Amendment and abandon its attempt to strong-arm into silence those who disagree with the city's actions.”

Stop doing 'abrofos3m' and teach your children your local la...
34 minutes ago

Galamsey fight: Akufo-Addo will be meanly judged by posterit...
43 minutes ago