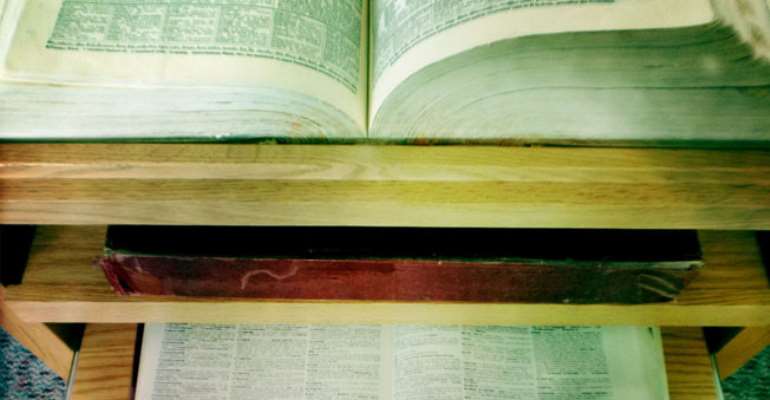 Want to avoid giving the impression you lack confidence and authority? Avoid these words

That's the total number of e-mails I received just in May, and it's about my average. That's not counting the hundreds and hundreds of messages Gmail dumped into categories for promotional mail, forum posts, and social networking updates. I've become proficient at jumping through messages quickly (using the J and K keys), but there's one thing I've mastered even more than that: spotting a lack of confidence.

I also take quite a few cold calls–people who are not really sure what I do and have not really done too much research but have me on a phone list for some reason.

In most cases, it's a pitch about a product or someone asking a question about marketing to journalists. He or she might say he or she “usually” does something. In a few cases, it's someone with a business idea he or she “suspects” will be perfect. Most of the time, these messages are straightforward–the sender isn't messing around. But a few seem hesitant. I fire back a question, and the response makes me question the person's authority on the subject.

These words are not always triggers about confidence level, but they are my first signal that something is amiss. They make me think the sender is not that sure about the product or service. And they are dead giveaways that I need to question what the person says. 1. Might

Be careful when you tell people you “might” do something. Are you sure about that? No one is asking you to solve world peace. When you say you “might” finish a report, it implies you lack some ability, don't manage your time well, or have too many priorities. 2. Won't

Here's an obvious word to avoid in your emails. Anyone who says he or she “won't” do something or “won't” attend a meeting is generating a negative vibe. Be more decisive: Either accept an invitation or reject it; using the word won't suggests hesitancy. 3. Usually

This is a trigger word in email that makes it obvious to everyone that you don't have all the facts. If you say the accounting department “usually” doesn't approve your expense report or the boss is “usually” late to work, it means you're stretching the truth. 4. Suspect

Unless you are talking about a suspect in a trial, avoid saying you “suspect” anything. You're not Sherlock Holmes. Just use direct terms: You know an investor is pulling out of the project, and here's why; or you have facts to support your conclusion on a new marketing plan. 5. Impossible

I'll bet Mark Zuckerberg has never used the word impossible in an email. The recipient will lose confidence in you quickly. State why something might be hard or difficult or just don't agree to a course of action. Don't bother telling people it's impossible. 6. Worried

We all worry about the stresses of life. Telling people you are worried by email makes it seem as if you lack confidence in your abilities. If you are worried, don't bother saying that to anyone–just express what you are concerned about and offer solutions. 7. Confused

Expressing your confusion will create even more confusion. It's better to just say what you are confused about and ask questions. Saying you are “confused” gives people the impression that either you don't understand something or that the topic is confusing to you. 8. Need

We all have needs in life. When you express those needs by email over and over again, it makes you look needy. I “need” you to come to work early, I “need” you to get that report done. Avoid saying “need” and express requirements more directly. 9. Quandary

Have you sent a message and said you were in a “quandary”? You should know that the word means you are in a total state of perplexity. I mean, you are really perplexed. That's not often the case when it comes to a new business proposal or fundraising round. 10. Likely

Few of us are in the business of predicting the future. If you say something is “likely” in an email, you are expressing to the recipient that you are not really sure about the topic, and you don't have all the facts yet. It's likely that you just lack confidence.

Family & Parenting
Powered By Modern Ghana
'May You Be The Mother Of Many Sons...'
Do Your Children Know Their Vagina Or Penis By Its Name?
Majority Of Young Adults Now Live With Parents Amid Pandemic
Moving Away
Early Marriage And Social Betterment
How Quitting Smoking Can Make Fathers The Real Heroes Of Their Children!
The Ninani Group Recognizes The Contributions Of Fathers With Gifts On Father's Day
Would Your Child Benefit From Home Tuition?
How To Save Your Husband From The Hands Of Side Chicks
COVID-19 Updates Live Dashboard
TOP STORIES

#EndSARS: Rawlings Urge Nigerians To Use Non-Violent Engagem...
5 minutes ago