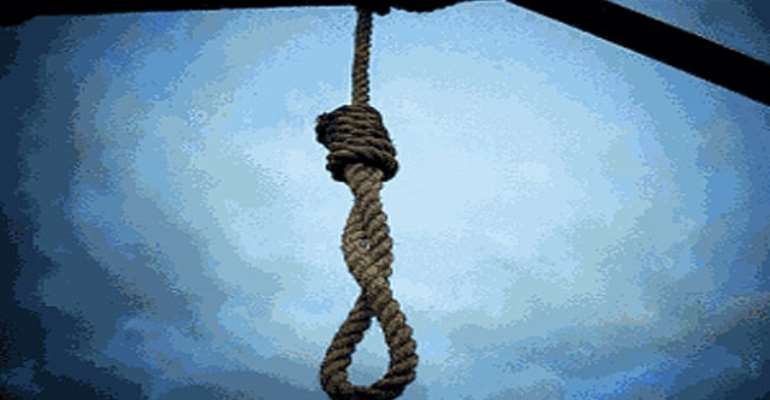 Tragedy was averted Friday morning at Bay Bridge road, Yenagoa,  when a 40-year-old man, Ediekan, attempted to commit suicide as a result of his failed bid to have sex with a girl with whom he reportedly had a long standing relationship.

It took the timely intervention of his neighbours to save the situation. Ediekan, father of two children, was said to have been spending money to woo one Favour who lives within the same neighborhood to go to bed with him. But rather succumb to his pressure; Favour resisted all entreaties and kept on promising that she would eventually marry him.

However, on Thursday night, Ediekan could no longer hide his frustrations when he discovered that Favour was going to bed with another man.

Sources told Sunday Sun that Ediekan immediately became emotionally depressed and began the plot to commit suicide within the compound. In an inter- view with our correspondent, his wife, Florence, confessed that her husband woke her up in the night complaining that all the people he loved did not reciprocate his love. According to her, he was such in a bad mood that he asked if she could take care of their two children if he dies.

She said “I was alarmed when he came in complaining that all the people he loved did not reciprocate his love. As his wife, I re-iterated my love to him, but he said he wasn't referring to me, but one Favour whom he had spent so much money for and yet refused to return his gestures with love. He then asked if I could take care of our two children if he dies. At that point, I be- came worried and tried to discourage him from such negative thoughts.

”Early in the morning, as he stood up from the bed, I tried to hold him back but he broke loose and went outside. Even then, I didn't know that he had already got a rope and some chairs where he intended to hang himself. But after a while, I saw him with a rope around his neck and his legs dangling in the air. I immediately raised the alarm and neighbors came around and used cutlass to cut off the rope.”

Some of his neighbours expressed disappointment over the incident. But Ediekan, unremorseful insisted that he would commit suicide, as he could not watch another man sleeping with Favour. Subsequently, Favour was persuaded to openly confess her love to him. Amidst the crowd of people, she obliged and even promised to marry him.