Negative Consequences of an Affair 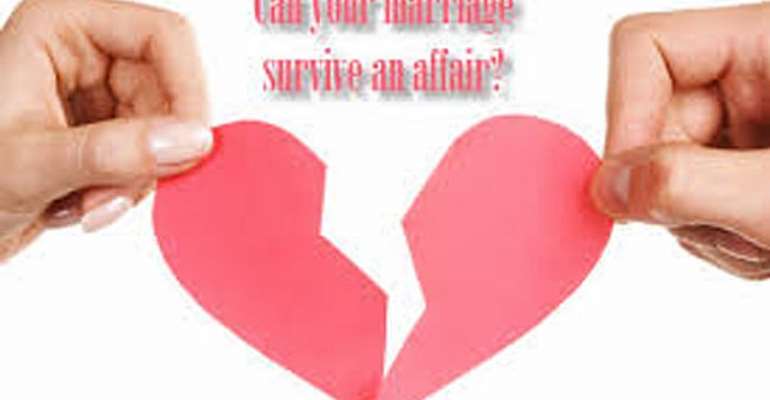 There are differing types of divorce and each one has it's own emotional and psychological intensity. There is the bilateral agreement divorce where both spouses are unhappy and conclude that they will be happier being apart. In a divorce like this, the couple is often able to come to a mutual agreement, settle their affairs amicably, and stay connected as friends with little emotional upset. Trouble Ahead:

Then there is the unilateral divorce where one spouse makes the decision to divorce to the utter shock of the other spouse. This type of divorce means more emotional and psychological intensity for the spouse who was unaware of the problems in the marriage.

The one choosing to leave has had time to think about, reflect upon and weigh the options and to emotionally detach themselves from the marriage. The other spouse, who is caught by surprise, is normally mistreated and left to feel abandoned. There is a huge imbalance of power with the one leaving being the one in control of most aspects of whether or not the marriage will continue. Enter The Third Party:

Add to this a third party and the issue of an affair and the emotional intensity is compounded. Not only will the left behind spouse feel abandoned but he/she will also feel replaced by someone better, younger, more attractive. The pain in this type of divorce comes from losing a position of importance in the life of your spouse, from beliefs about immorality, betrayal and feelings of failure as a spouse.

When a third party enters a marriage, certain psychological things start to happen in the mind of the cheating spouse. Their thinking becomes skewed in order to justify their their behavior. Denial of any wrong doing means shifting the blame and usually it all gets dumped onto the faithful spouse.

Normally a spouse who falls prey to an affair is a decent person that is aware of their behavior and how it is frowned upon by society. Even though they are aware of the immorality of their actions, they continue with the relationship, which means dealing with feelings of guilt. The Blame Game:

These feelings of guilt motivate them to demonize the faithful spouse in an attempt to justify their affair. They will accuse their spouse of many negative and unforgivable traits and behaviors. The faithful spouse is portrayed as an inadequate partner, which left the cheating spouse no choice but to find an adequate replacement.

They may say things such as, 'I was forced into marrying you' or, 'You've never loved me the way I needed to be loved' or, 'I have lived in hell for 20 years.' He/She will say anything as long as it will enable him/her to appear to have been the victim of the marriage and fully justified in abandoning their spouse. You Pay for Their Bad Behavior:

The cheating spouse will tell their story often and to anyone who will listen, to the point that they will finally begin to truly believe that the left behind spouse deserves punishment. The faithful spouse is the offender and the persecutor and needs to be dealt with harshly.

Punishment will come in the way of financial withholding or worse, fighting over custody for any children of the marriage. They may begin to believe that the faithful, demonized spouse is not entitled to receive any future benefits from them, sometimes not even those allowed by law. Shocked and Awed:

The faithful spouse will question their own sanity and replay their marriage in their mind trying to find some hint of all the unhappiness they are told of by the unfaithful spouse. They will question how their spouse, someone they have loved and trusted could betray them in such a way. First to have an affair and then to rewrite the history of their marriage in such a way as to try and lay blame at their feet.

The faithful spouse will question his/her own memory of what they thought was a happy marriage. He/She will wonder if the marriage was never anything but a sham and a figment of their imagination. They will wonder why the unfaithful spouse never complained if they were unhappy or why they never made a request for changes in the relationship.

Being punished for your spouse's cheating is an overwhelming state in which to find yourself. Recovery from the stress of such a profound emotional trauma is slow. If you have found yourself in such a situation, remember, with time comes healing and understanding. You will laugh again, love again and the sun will shine again. All you have to do is trust your memories, never forget that the insanity caused by an affair is not your fault and that you are not alone because in today's society cheating is the number one reason for divorce.