Being insecure about your relationship is making you sick 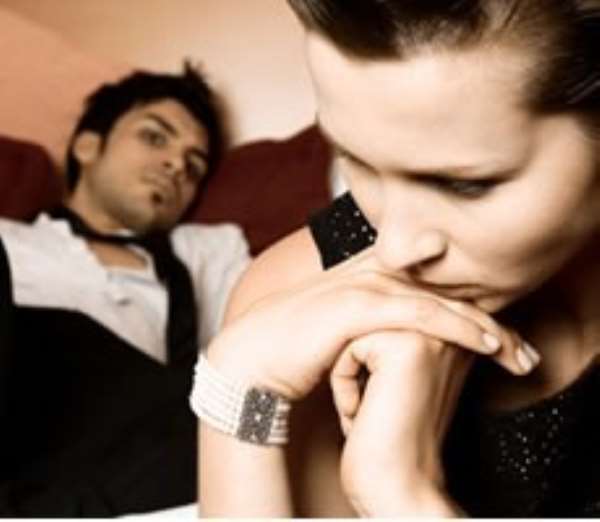 The feelings may boost levels of a stress hormone and lower your immune system, according to Ohio State researchers.

In their study, married couples who were often anxious about their relationship -- wondering if their partner truly loved them, for example -- had higher levels of the stress hormone cortisol, and lower levels of T-cells, which are important in the immune system to fight off infections, lead author Lisa Jaremka said.

"These concerns about rejection and whether or not you are truly cared for do have physiological consequences that could, in the long-term, negatively affect health," said Jaremka, a postdoctoral fellow at Ohio State University's Institute for Behavioral Medicine Research.

The study was recently published online and will appear in an upcoming print issue of Psychological Science.

Jaremka said she was not describing the normal now-and-then concerns about a relationship. "Everybody has these thoughts and feelings sometimes," she said. "They are a natural part of being in a relationship."

But for the highly anxious, she added, "it's a chronic thing."

Jaremka studied 85 couples, all married for an average of more than 12 years. Most were white. Their average age was 39. All the partners reported their general anxiety levels and symptoms, and answered questions about their marriage and about their sleep quality.

The couples were generally healthy. Those with wives who were expecting a baby, or who drank excess alcohol or caffeine or had health problems affecting the immune system were all excluded.

The couples provided saliva samples over three days and blood samples twice. From these, the research team measured levels of cortisol and T-cells.

Jaremka said the two findings are likely linked, because cortisol can hamper production of T-cells.

The study found a link or association between relationship anxiety and the body's stress and immune response, but cannot prove cause and effect.

While the study did not track whether the highly anxious partners got sick more often, the link is reasonable, Jaremka said, based on other research about the ill effects of chronically high stress hormone levels.

"A lot of the negative consequences of high cortisol are beyond the common flu," she said. Rather, she added, high level have been linked to heart problems, sleep problems, depression and other conditions.

Another expert who also studies attachment styles said the link between attachment anxiety and stress is not new, but the link to immune system function is newer. And it is "not that surprising," said Jeni Burnette, an assistant professor of psychology at the University of Richmond, in Virginia.

Until more research is in, Jaremka suggests people who are highly anxious in relationships work on reducing their stress. Reduce stress by yoga or other exercise or meditation, she suggested. That would lower cortisol, presumably, and help their health.

Burnette suggested that highly anxious partners might also try to be more forgiving, and not keep replaying negative events such as arguments. "Some of our work suggests that anxiously attached individuals are less forgiving and tend to respond with more rumination," she said.

The study was supported by an American Cancer Society grant, a Comprehensive Cancer Center at Ohio State fellowship and the U.S. National Institutes of Health.