And the most tolerant nation for sex scandals is... 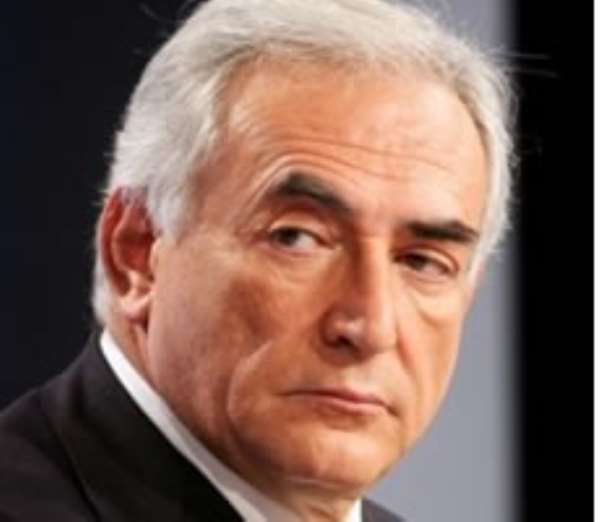 When politician Dominique Strauss-Kahn arrived in France last week, cleared of a New York sex scandal, he returned home smiling despite facing a frosty reception. Maybe he should have gone to Mexico, instead.

A Reuters/Ipsos poll released on Thursday shows 57 percent of Mexicans would be either very likely or somewhat likely to tolerate the sexual indiscretions of stars and politicians.

They were followed by Belgians at 55 percent. In the United States, the tolerance factor was 48 percent. France, in fact, was way down the list at only 33 percent, while Japan was the least forgiving country at only 28 percent.

In total, 44 percent of some 18,700 respondents in more than 20 countries said they would likely tolerate a scandal.

The Reuters/Ipsos survey also asked if behavior exhibited in sex scandals was reflective of people's true personalities, or if fame and power led them to think they could get away with their acts.

In France, some 80 percent of respondents said fame was the root cause, while Mexico was about equally divided: 49 percent on the side of power and 51 percent on personality.

Throughout all the world, the decision was roughly split with 46 percent saying power and 54 percent citing personal characteristics. In the U.S. the percentages were 43 percent power, 57 personality.

"There is a Jekyll and Hyde issue here, and in some places the behavior is just more acceptable," said John Wright, managing director at Ipsos.

In recent months Strauss-Kahn, the former managing director of the International Monetary Fund and a presumed candidate for the French presidency, faced a possible trial in the United States for allegedly attempting to rape a hotel maid.

Last week, New York City prosecutors dropped charges, allowing him to return to France where he faced a mostly chilly public reception and unease among his political allies.

A slight majority of the respondents around the world, 51 percent, said women were just as likely as men to engage in sexual indiscretions but less apt to get caught in the act. Perhaps it's no surprise, Mexicans agreed, at 51 percent.

The full poll can be found at http://www.ipsos.com.