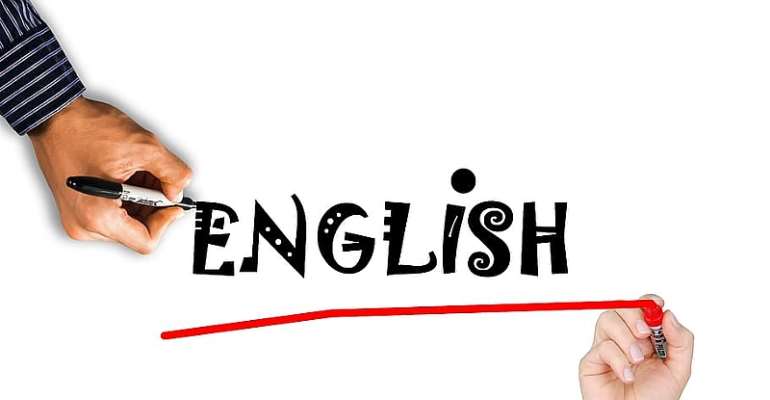 Prior to colonization, every ethnic group in Ghana had its own unique dialect. These dialect made it easier for people to identify which ethnic group an individual belonged to.

In Ghana, English Language is used as a medium of instruction in schools. All official announcements, publications or communique are always issued in English Language. In fact, there are parent who have switched from speaking their native tongue with their children to English Language.

Below are some identified blunders in the use of the English Language in our everyday conversations.

1. Use of Elderly and Elder:
As adjectives, elder and elderly mean two different things. Your elder sibling is any brother or sister who is older than you.

2. So with Therefore
It is incorrect to use so with therefore at the same time. When used alone, so shows a result of an action. Therefore shares the same meaning. It thus becomes tautological to pair the words.

3. Lights Out or Light Out
Lights out is confused with blackout in Ghana. Lights out is the same as bedtime. During lights out, you switch off your lights because you have no need for them while you sleep. It always occurs at night.

A blackout is as a result of an electrical fault at the power station. You have no control over the electricity supply during a blackout. It can be at any time of the day.

So when you and your neighbours lose electricity supply, you have a blackout not lights out. When you turn off your lights to go to bed, that is lights out

Light out is a verb and it means to escape or run away.

4. Pick up the Phone
When you pick up the phone, you answer an incoming telephone call. This is not an idiom. Therefore, we can replace the 'the' with any appropriate pronoun of our choice.

However, the words 'up' and 'phone' should not be omitted.

5. Ease versus Ease Nature
To ease one's self has nothing to do with removing human waste from the body. If you ease yourself, you move gently or carefully to lessen pain or uncomfortableness. If you ease something, you make way for its fluent operation. For example, I had to ease myself when two fat women sat beside me on the bus.

6. Dog Chain versus Leash
A leash is a chain or belt that is used to restrain an animal, especially a dog. It is commonly called dog chains in Ghana. In formal writing or speech, there is nothing like 'dog chain'.

9. Dash versus Gift
The verb dash has been given a meaning in Ghanaian English which is not yet recognized in the dictionary or formal speech. In Ghana, to dash means to give someone a gift. This meaning has made many Ghanaians ignorant of the actual meaning of the word.

If you dash, you move or run quickly. If you dash someone or something, you break or smash that one into pieces to destroy it.

Instead of dash use gift. Gift can be used as a verb to mean the same as what Ghanaians intend to say when they use dash. For example, he gifted me GH₵10.00

10. Choose Your Choice
Your choice is what you have chosen. It is thus wrong to say choose your choice.

The expression should rather be;
Choose your option
Or
Make your choice
Or
Take your pick
These are few of the grammar blunders. If you've observed any, feel free and share it in the comment box. Don't forget to share this post with your friends. Let's learn together.