You Are Not A Christian Not To Suffer [Part 2] 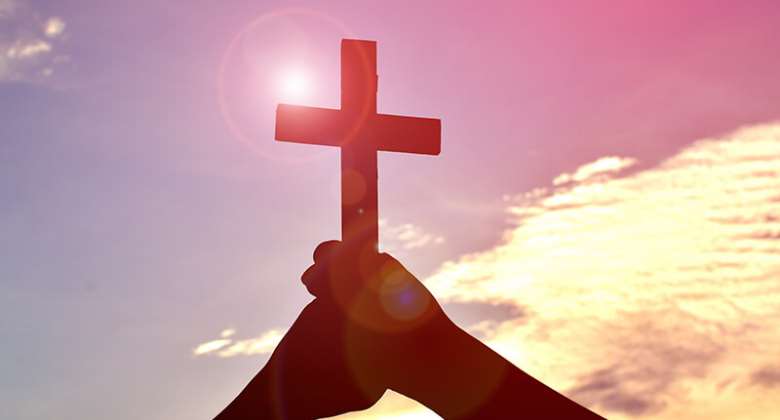 On December 2, 2019 The Jihad Watch published the news of 14 Burkina Faso Christians brutally murdered together with the pastor during Sunday service. This wicked act that rendered their wives widows, their husbands widowers and their children fatherless was perpetrated by certain Islamic group in the city. John Harper the heroic preacher during the sinking of the great titanic ship has to give out his life jacket to an unbeliever who was sinking just to get him saved as he himself succumb to his watery grave. Whiles he was sinking in the water, he kept shouting that the unsaved will get into the lifeboat for Christ to be presented to them before his final departure. A man of God in this country was preaching somewhere and had a whisper in the ear by one of the pastors and the whisper wasn’t that “a cripple just jump up during the ministration or someone had a miracle money alert” but “his two children that he has catered for from crèche to the tertiary are dead” not comatoseness. They are literally dead. Am I endorsing suffering of the believer as a validation for the call of God, no. I am only saying the same way we prepare the church for offering we should also prepare them for suffering.

Apostle, if Jesus learnt obedience through suffering then you won’t learn obedience through just tithes offerings. Suffering must be captured as part of your curriculum in promoting the kingdom of God. It is okay for the preacher to wake up one day and the landlord is demanding for rent of the facility, it’s not an attack its part of the suffering. It is okay for the whole community to gather around your church and the testimony is not to become born again but to pull down the church building, don’t quit ministry its part of the call. Young lady, I know the marriage is delaying and the job is not forth coming but married men with strings attached flood the gate of your destiny demanding a notice for entrance to shipwreck your destiny. Don’t give in, you are not a Christian not to suffer.

One disadvantage of the DOCTRINE of Faith movement is the over emphasis on the faith of man having the capacity to manipulate the sovereignty of God. The Jesus we are preaching about on earth was beaten, hanged on the cross naked to an extent his only covering was blood and at a point he didn’t have money in his pocket, it took a fish to vomit a coin before he was able to pay his tax to Caesar. But today we bind everything including the suffering that must sponsor our promotion. That is why when the average Christian losses his job he will not only leave God, he will change his surname to a name that will announce to the whole world that he has left the faith. When the average Christian experiences a relationship break-up she will literally curse God. When the average Christian experiences a marital shipwreck they will leave, the home, leave the church and leave God. Because all these while the pastor has told them that “no good thing will God withhold from them that diligently pleases Him” and didn’t tell them “you shall be through the waters and the fires yet I (God) will be with you”.

As I bring this final part to an end, I would like to entreat all believers across the globe that God is able to deliver and secondly able to sustain. Deliverance is when he totally takes you out of the mess but sustenance is when He himself is with you right in the midst of the mess to ensure that it will not kill you but makes you stronger. Surge On, soldiers of the Cross. Surge On fellow laborer in the vine. Surge On.

PRAYER: Lord Jesus! Journey with me through it all, and make me stronger to endure all.

Hottest Photo Reports
Catch up with all the political quotes from our politicians.
Advertise here
More Spirituality & Religion
ModernGhana Links
Happy Easter-death could not hold him. The greatest love there ever was.
"My father was Muslim, my mum was Christian" — Wizkid shares life story
Akuapem Poloo and the majority Lukewarm church of Ghana
Why We Ask And Don't Get From God
Hope In His Rise... Thank God I'm Born Again
Happy Easter In The Times Of Coronavirus
Prodigal Daughter Returns
Poetry: The Church Needs To Shepherd Even The Hurt Sheep
Merry Christmas
TOP STORIES