Why Batter Her? 5 Ways To Resolve The Disagreements 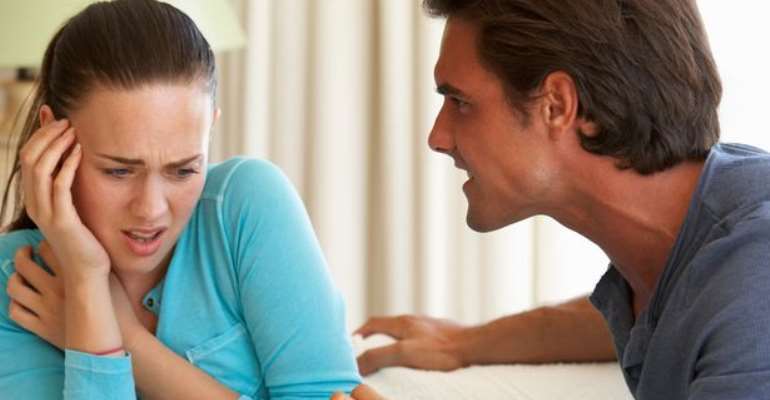 Domestic violence also known as family violence is the abuse by one person against another in a domestic setting, such as in marriage or cohabitation. Domestic violence can take various forms it could be physical, mental, sexual, psychological and economic. We normally confuse domestic violence with normal conflict which is part of every relationship.

Onesimus Twinamasiko, a Ugandan Member of Parliament said on Ugandan television channel NTV, that “as a man, you need to discipline your wife. You need to touch her a bit, you tackle her, beat her somehow to really streamline her.” Onesimus’ utterances raised worldwide outrage to the extent that he was made to clear the air before the floor of parliament saying that he had been misunderstood.

It is absurd to even imagine that leaders can come out and support domestic violence in marriages considering a number of cases that have been reported of domestic violence. Originally it was the men that would inflict such pain on their partners but these days, cases of women being violent have also come to light. Most relationships that are affected by domestic violence are actually not married but are rather cohabiting. Question is why would a woman stay in an abusive marriage? She is afraid that the abuser will become more violent if they try to leave. She is in fear that she will lose her children. She believes that she cannot make it on her own.

Why do men batter their wives? In most cases, men that barter their wives grew up in such an environment where they watched their mother being hit by their fathers. Then at times these men just don’t value their wives. In some cases, the wives do something wrong causing their husbands to be violent. Bottom line, violence is a very wrong way of handling disagreements between partners.

Here are five effective ways to handle a disagreement in your relationship.

1. Understand the other partner’s side of the story. Try to understand your partner’s view of the disagreement. Remember it’s not a game of who wins you might actually be wrong this one time.

2. Communicate with one another. If you don’t like something your partner is doing talk to them about it. This will help you solve it at its early stages rather than later on where it might turn out to be filled with violence.

3. Respect each other’s decisions. Support your partner in whatever decision they make. It might actually be for the betterment of you both. Don’t try to make their decisions for them because they might end up filling controlled.

4. Speak to a counselor. If you have failed to get to the root of your disagreement then book you and your partner some counselling sessions. This helps you renegotiate your commitments to one another.

5. Pray to God. Remember there is nothing that God cannot do. Ask him for guidance to enable you make the right decisions on how to handle a disagreement with your partner.