Revealed: The World of Pamela Odame the extra-ordinary curvy model from Ghana and Kenya 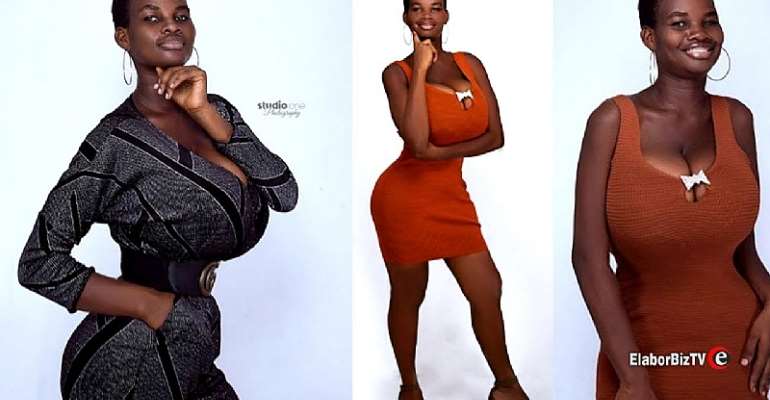 Pamela Odame Watara is no doubt a social media sensation. Google her name and you will discover she has no namesake or lookalike. The extra ordinary hour glass shaped girl of Kenyan and Ghanaian decent is so unique to the extent that some people even wonder if she is real or a sex doll. However in an interview she granted, she said “I am not a sex doll.”

Born to a Kenyan father and a Ghanaian mother, 22 year old Pamela who is currently studying Marketing at Wisconsin University in Accra Ghana, came to limelight after joining the photo sharing platform Instagram, where she now has over 45,000 followers. Ever since, she has generated quite a storm online. This has seen her getting video vixen jobs and appearing in videos of super stars like Sarkodie + Kojo Cue ft Kiddie, (What Love Can Do remix), Coded of 4x4, Edey Pain Dem and many more.

Asked why she is in hot demand as a video vixen, she said, “if am in a video, even for a few seconds, I think many guys would want to watch that video to the end, just to see what I have got to offer.”

When Pamela walks on the street, she generates even a bigger buzz with her boobs. She says, “When people see me they see that I have something unique on me, they see how beautiful I am, they feel happy when they see the kind of boobs I have. They see it as something amazing about me.”

But she also says sometimes people’s comments in real life and online about her aren’t pleasing at all. “Some insult me telling me how fake my boobs are, but am used to it.”

Asked if she thinks she is the girl with the biggest boobs in Ghana, her reply was “no.” She however, added that hers is among the biggest. She puts her boobs’ size at 44d. Talking about the weight, she said though she hasn’t weighed them, but they are quite heavy.

For someone with such endowment, there is no doubt that her big boobs must have given her some good opportunities in life. “Yes” she says. “It has indeed given me some few opportunities, like getting little favours here and there.”

Asked when she started discovering that her boobs were becoming abnormally big, she said “When I was 14, funny enough, one started becoming bigger than the other. When am going to school, my mom will put foam in my bra so that both breast are equal. I was even taken to a doctor who examined me and said nothing was wrong with me. He said I would be fine. And truly in no time it became normal.”

What was the reaction of your friends then, we asked “At that time my school mates were like, hey! Why? Your boobs! Have you given birth? Then I was always shy and I would stay indoors. But as I grew older, getting to my 20s, I became used to it.”

Although she has an appreciably massive hip, but Pamela says her boobs are so big that no one pays attention to her hips anymore.

Addressing the possibility of having her breast becoming bigger, she said, “bigger am not scared, but having them becoming smaller is what am worried about. I remember my mum saying when I start giving birth; they would become smaller, and am like wow, losing all these! How would I look like again?”

Also talking about them been too heavy to carry, she said “depending on the kind of bra and dress I put on, I know how to wear my bra so that it doesn’t become heavy on me”

As part of helping her stay in perfect shape, Elaborbiz introduced her to Sly Gym inside Tesano, where trainer, Mr. Sly promised to help her tone her entire body.

Asked if she would like to have a sponsor around her she laughs out laud and said, “why not, if it’s for free, the person is welcome”

Pamela hopes to be an entrepreneur someday. She wants to start a cream production business, but she wouldn’t want to explore body enhancement cream.

Talking about body enhancement, she said “I don’t see it as anything bad. I don’t know if it’s because I have it already, but if you think your body is not cool, and you are not comfortable with or in your body, then just do what will make you feel cool, like be who you want to be. But am not saying it’s good though, but if you feel that enhancing your boobs will make you look and feel good, then go for it”

Talking sexual harassment, Pamela who says she would do a seminude photo shoot if the pay is good, but will not do a nude film, said, “I haven’t been sexually harassed before.”

Another notable venture she is eyeing is a breast cancer campaign been planned by an organization she doesn’t want to disclose their identity yet.

Before ending our interviews, we always ask our celebrities who they are crushing on, in her case she said, “Sarkodie, he is gentle and nice”

Asked what she wants to be known for or remember for in the industry, she said, “Yea, the tall natural girl with the big boobs.”

You can watch her video on the link below 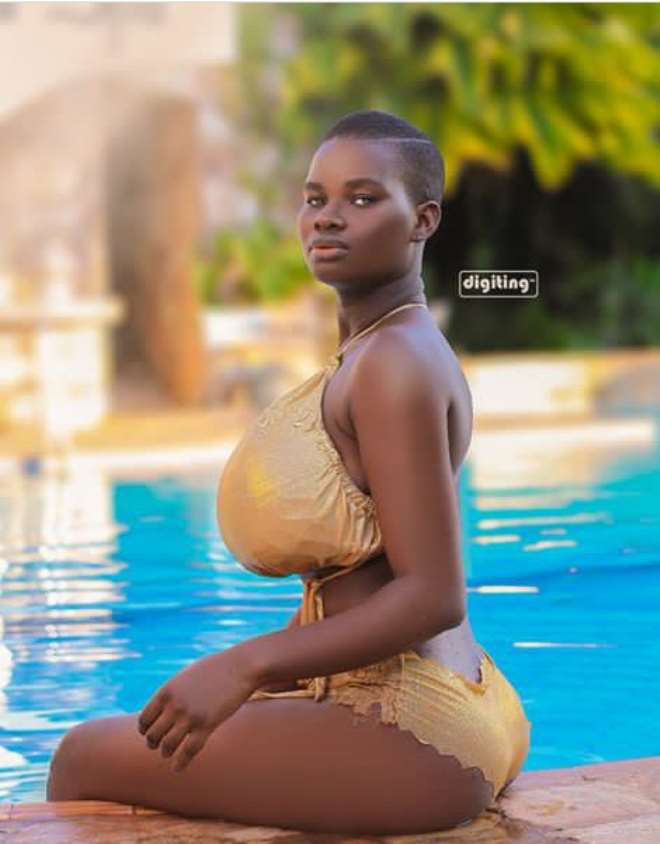 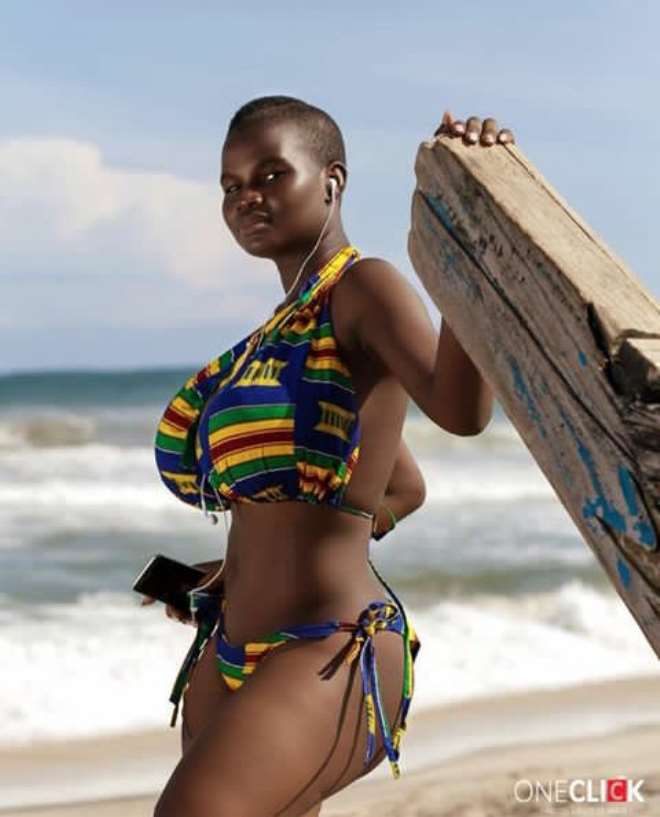 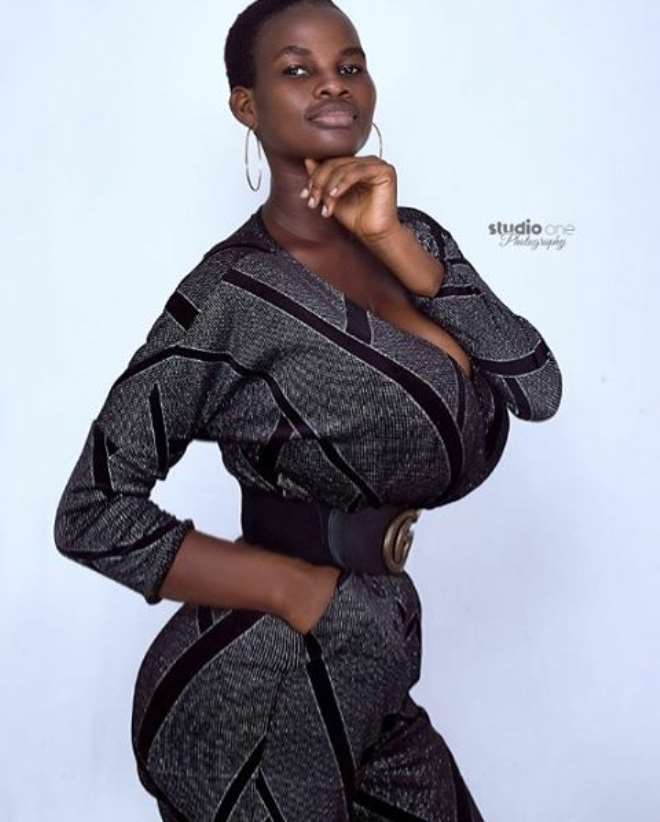 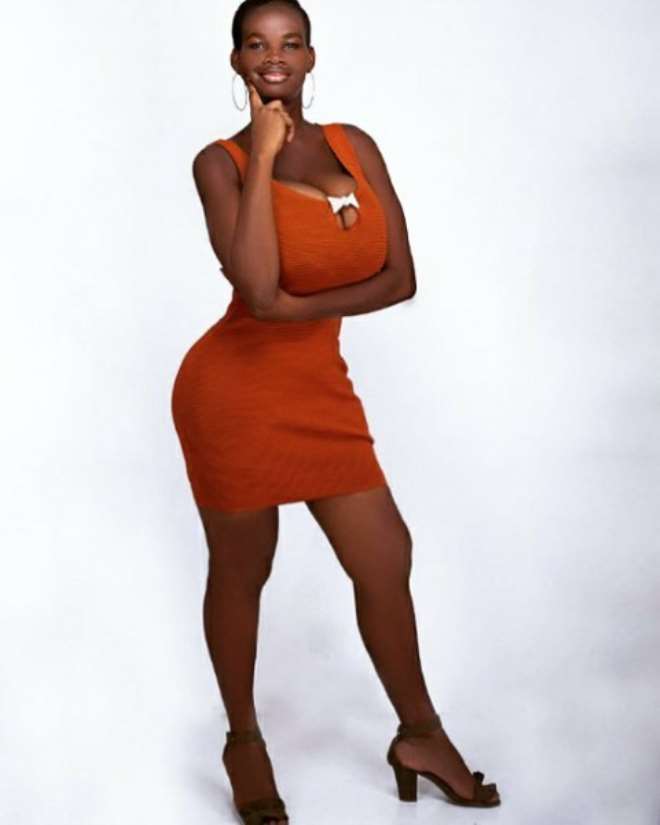 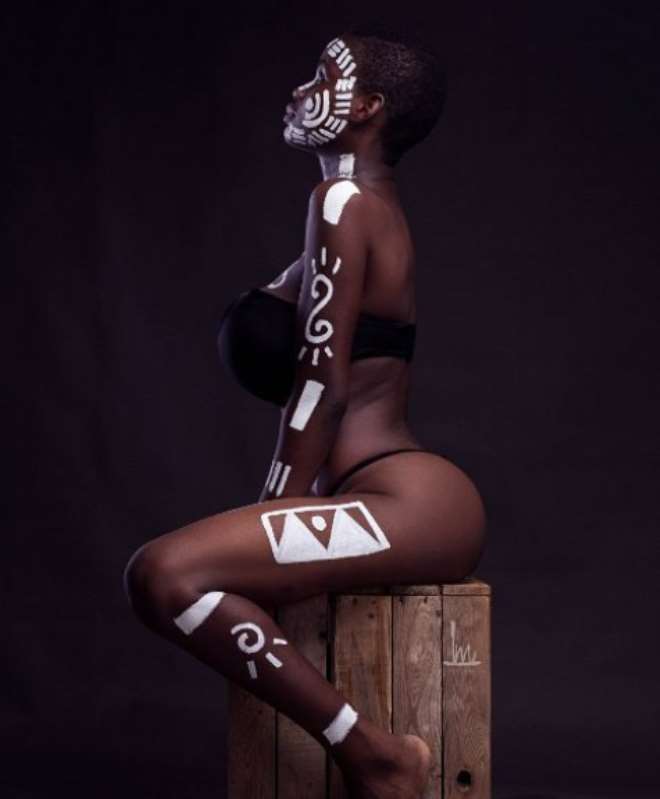 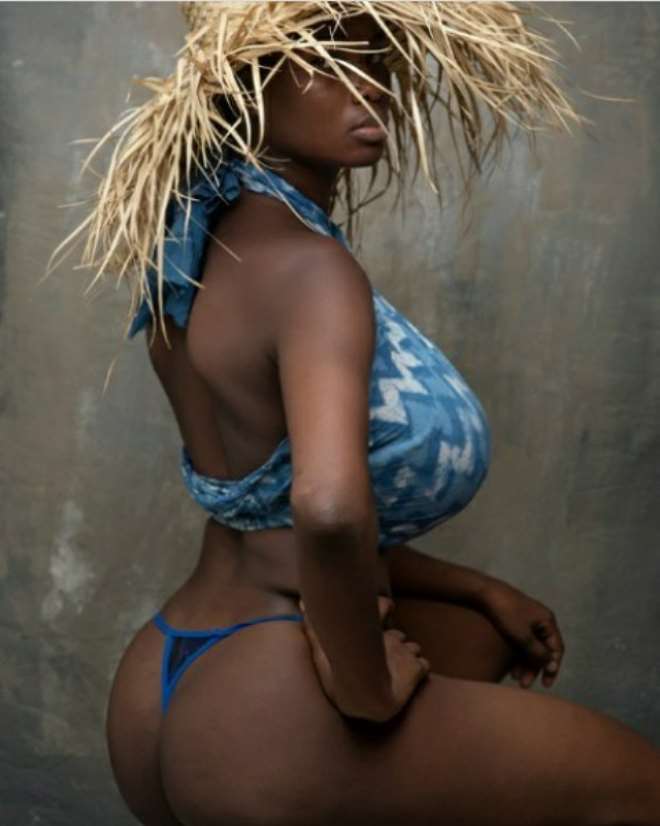 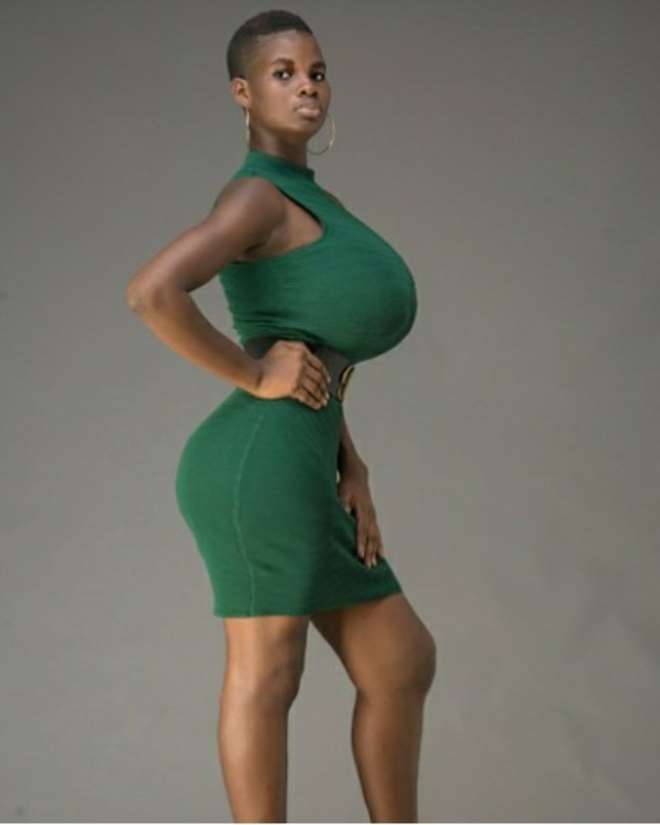 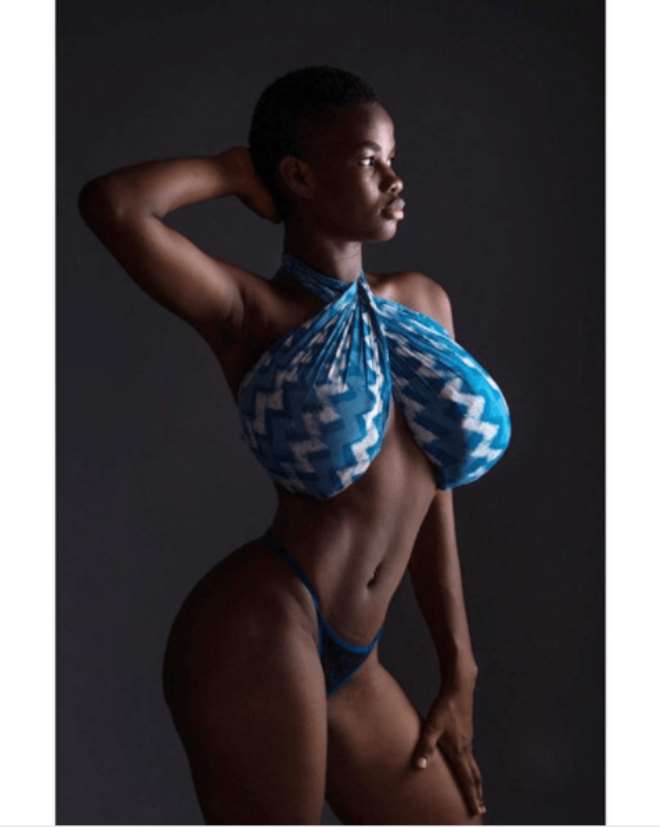