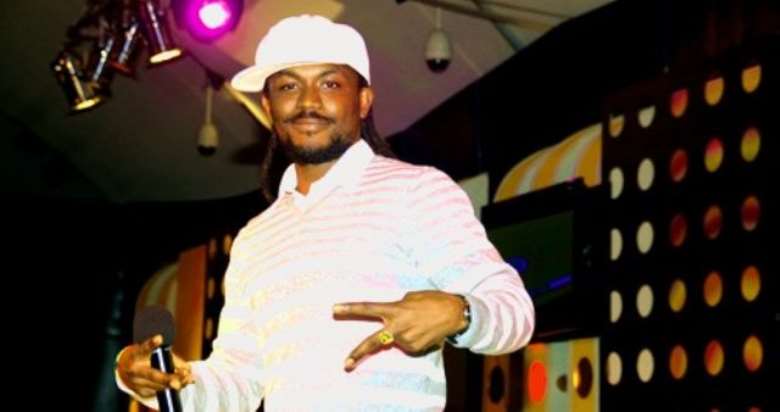 Emmanuel Samini Aka Samini who hails from Wa in the upper West Region was born in 1982 to Mr G.A Samini and Theresa Nusala.

He had his basic and primary education at Holy Family Basic School and then continued at St Margaret Mary Sec school, Dansoman for his secondary education.

He has lived in Dansoman since he was 9 years and that was when he realised the singing potential in himself. And now with just 2 years in the Music industry in Ghana he won the admiration of most music critics in Ghana.

With just three albums to his credit, the name "Samini" is one of the commonest keyword on the lips of many music fans in Ghana. His songs are sung by almost every Ghanaian regardless of their position in society.

He has featured on over 100 tracks with other musicians (both released and unreleased).

Samini has performed outside Ghana in countries like canada, UK, Holland and Italy. He performes with a live band and that rates him as one of the bes musicians Ghana has.

He once hosted the finals of the Nescafe African Revelations in Ghana, He has also been the MC at the last two editions of the Ghana Music Awards.

He has a whole "signature tune" to himself "KPOOI". Asked what the meaning of 'Kpooi' is, Samini said it's a gunshot sound and that is his signal. It comes with every composition that he makes. The gunshot is meant for all the back bitters. “We kill them "dead"”.

Samini who keeps dread locks says he just wants to portray the African in him." Before the white man brought a comb, there was dread. Africa has gone through a lot of changes and it has become very difficult for us to portray the real African in us.", He says.

Samini is the ambassodor for communications gaint MTN in Ghana. He has won several awards notable among them is the Music of Black Origin (MOBO).