Economic crisis: I now eat 'gob3' though it wasn’t my favourite — Fameye 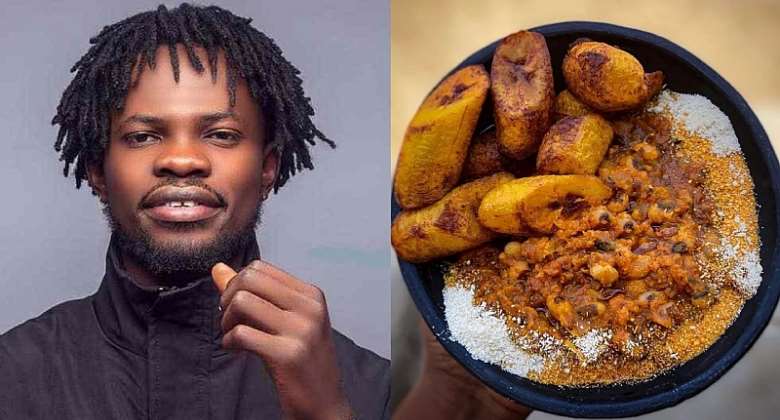 The musician, who at first claimed not to like "gob3," gari mixed with beans and oil and mostly with fried meat, says he is now a fan.

In an interview with Kumasi-based Luv FM, he stressed that his decision was influenced by the rising costs of general commodity prices in the country.

"I didn’t like "gob3," but the state of the economy has now made me join the "Gob3 Eaters Association” in Ghana.

He bemoaned, "Now the prices of rice and even "gob3" are ever increasing,” he indicated.

According to him, he “added all of these (economic hardships) in my song to tell my people to believe in God that He has done it already and it shall be well although things are hard in the country."

With the frequent cedi depreciation, he has a new song, titled "Pressure," which he went to the Ashanti region to promote.

The song, according to him, is a call to government to heed the cry of Ghanaians in the country and reduce the economic pressure to a level where people can be free.

Acknowledging the fact that there are hardships everywhere in the world, he said Ghana’s own is heftier.