Divorce looms as Fela Makafui tweets, “I’m about to make the biggest decision of my life” 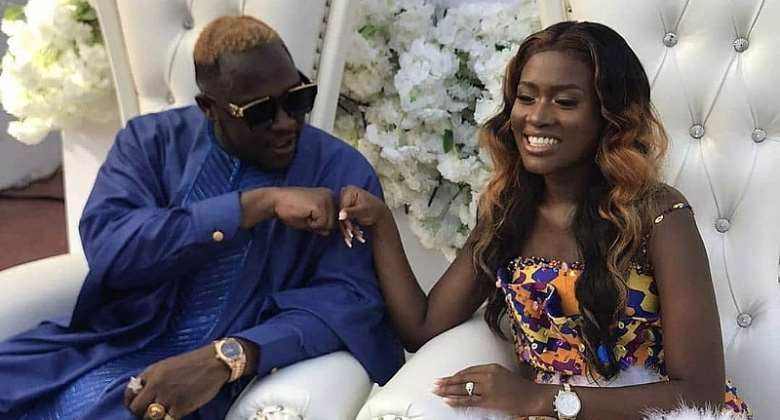 Fella Makafui, wife of AMG music signee Medikal took to her Twitter account to hint at a possible decision she is about to make in her life that may shock Ghanaians.

In the said tweet, which has since been deleted, the actress left two thoughts in the minds of her followers and those of her husband by saying, "I’m about to make the biggest decision of my life."

Netizens initially thought she was about to give her verified Twitter account to Medikal as his own was suspended after he impersonated the President of Ghana, Nana Addo Danquah Akufo-Addo.

But, on a deeper thought, they realise that giving her Twitter account to her legitimately married husband is not a big deal.

According to some gossip mongers on Instagram, the two have been going through rough times as Medikal has reportedly been cheating on his wife.

The speculation has escalated more after the rapper himself weighed in with the comment that "wives should be respectful, submissive, appreciative, and stress-free."

Well, it seems Sista Derby, Medikal’s ex-girlfriend, is about to be vindicated about the fact that she did nothing wrong to the rapper, but he is just someone who cannot stay with a single lady forever.

People also feel that these may be an attention-seeking move for a new musical project.

But as it has always been, "time and fate will definitely reveal what is hidden from the public domain."