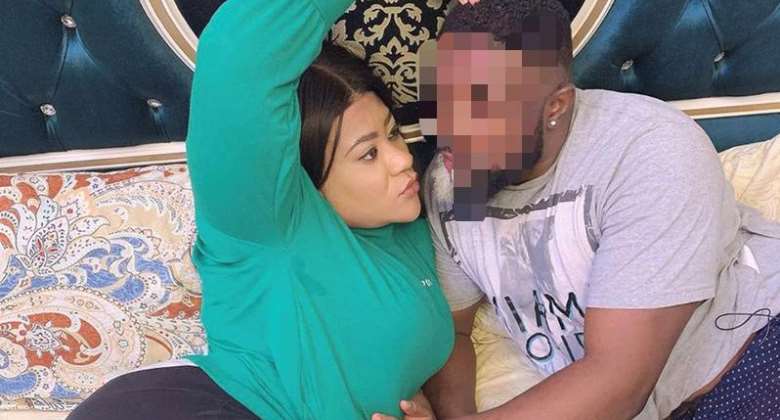 At age 33, a popular Nigerian actress, Nkechi Blessing Sunday has revealed how she is enjoying an intimate relationship with a guy who is just 27 years old.

Meanwhile, she revealed in a viral video some weeks ago her unwillingness to commit herself to a man. She also revealed that she would use her money to buy a man and use him as her puppy after satisfying her sexually.

In a recent interview, Nkechi Blessing appears to have found this "puppy," as she claims the said guy satisfies her and treats her like a baby.

“I am very young at heart, on my inside. He is a younger man. He’s 27, I’m 33. He makes me feel like a baby, hello. We’re friends for now. We’re not trying to define what we have now, we’re just going with the flow because right now he makes me happy. Like my vibe matches his vibe and we’re just cool like that,” she said.

The actress, who almost got depressed after her relationship ended in tatters, stated that all she cares about now is being happy with a guy whether he is younger or older than her.

“Right now, I just want to be happy. So I am actually going with the flow. Cuz a lot of people be like “ah ah, when did you break up that you’re now dating again”, hello, I was raised with love.

“February 14th, I’m Valentina. I have so much love in me. I can give out so much love. So why not? When I see something that I like, that matches my vibe. So I don’t know, I’m just going with the flow. I’m not even concerned about breakfast or no breakfast because if it happens, we move,” she stated.

More from Celebrity
ModernGhana Links
Guys don't love me, they just want my father’s money — Mr. Eazi's sister-in-law D.J Cuppy cries
My 'poverty' song is indeed bigger than me — J.Derobie
Because of my good looks and Chinese eyes, I had a lot of girls crushing on me at KNUST — Blakk Rasta
TOP STORIES