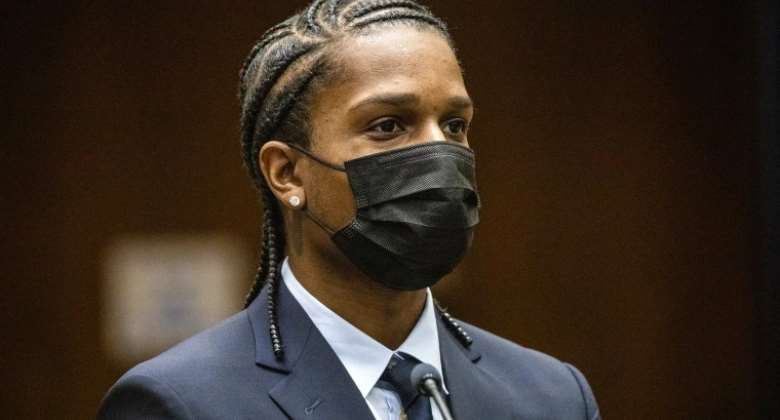 Rapper A$AP Rocky pleaded not guilty on Wednesday to assault charges stemming from a 2021 shooting incident in California.

In a Los Angeles courtroom, the artiste, whose given name is Rakim Mayers, appeared before Judge Victoria Wilson to answer to two counts of assault with a semiautomatic firearm. Rocky appeared in court wearing a navy blue suit, punctuated with a dark tie and black face mask,” according to a CNN report.

“I do your honour,” Rocky answered when asked if he understood the charges and court process.

Prosecutors allege that during a heated discussion with a former friend last November, Rocky supposedly pointed a semiautomatic handgun at the victim. In a subsequent confrontation, Rocky allegedly fired the gun twice in the direction of the victim.

A criminal protective order was implemented by the court, directing Rocky not to have any contact with the accuser and he must turn over any firearms within 24 hours.

Any travel must be cleared through the court ahead of time.

Rocky remains free on $550,000 bail and is expected back in court on November 2.

“Discharging a gun in a public place is a serious offence that could have ended with tragic consequences not only for the person targeted but also for innocent bystanders visiting Hollywood,” George Gascón, LA County District Attorney, said in a statement to CNN on Monday.

“My office conducted a thorough review of the evidence in this case and determined that the addition of a special firearm allegation was warranted.”