Kizz Daniel arrested after failing to perform in Tanzania 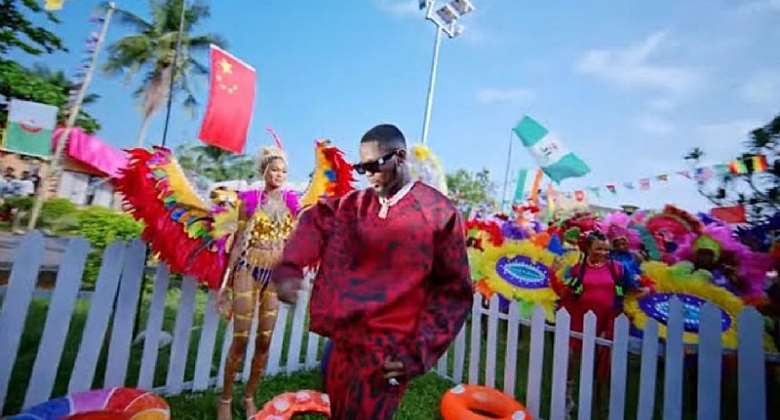 Nigerian artiste Oluwatobilola Daniel Anidugbe better known in showbiz as Kizz Daniel has been arrested by the Tanzania police for a breach of contract.

The Buga singer who was billed to perform at his own concert tagged “Afro Classic World Tour” simply did not show up.

Early today, videos of the concert goers destroying properties in the concert surfaced the internet.

Some of the tickets allegedly sold for $5000.

In a turn of events, the organizers had him arrested.

According to their statement, he was fully paid to perform.

Recall that in June, he apologised to Tanzanians after he poorly handled a fan who presented him with flowers.

His tour would see him perform in Tanzania, Rwanda, and Malawi.

While Kizz Daniel is yet to release an official statement regarding his arrest, this is just one of his many unprofessional attitudes towards fans.

A few weeks ago, he was at the top of the trend tables after he failed to show up on time for his DMV show on July 8.

The “Buga” crooner who was on his ten-city Afroclassic USA Tour was scheduled to perform in Silver Spring, Maryland, but however came hours late and performed for only 30 minutes.

The next day, he issued an apology to fans on his Instagram page and blamed the delay on the logistical challenge of his passport being withheld by the Nigerian consulate.

He wrote, “DMV, thank you for showing up last night and sincere apologies for all that happened.”

He continued, “For some reason, my passport was withheld at the US Consulate in Nigeria until the day of the show and previously booked flights had to be canceled. Same reason I rescheduled the New York show.

“Just for the love and respect I have for you and my craft I got on the next available flight to New York the second I had my passport thinking I could still make it cuz I just don’t want to cancel another date. I booked a PJ to DMV from New York to make the journey faster but unfortunately, it didn’t work.

“I went straight to the venue from the airport. We could have moved the show but my team and I believed we could meet up.’ “The performance would have been longer also if the venue had allowed.

“So sorry guys, I will make it up to you. A new date will be announced and all your tickets remain valid.”