Netizens jab Lasmid for saying he is the biggest artiste in Ghana; compare him to Yaw Tog 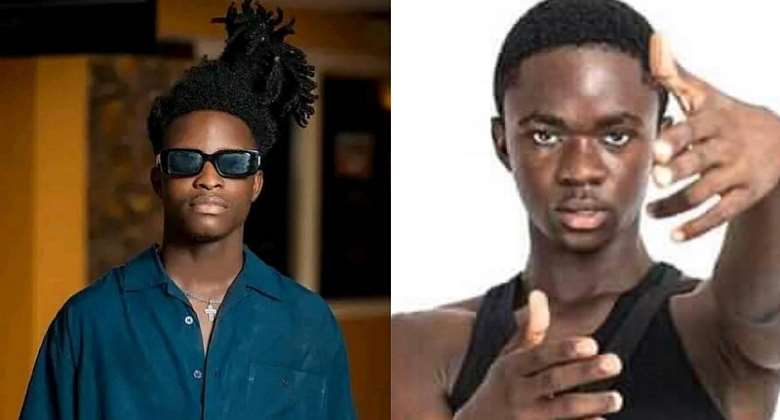 Lasmid Owusu Nathaniel, better known as Lasmid, is in hot water for claiming to be current Ghana's top musician.

He granted an interview to Accra-based Accra FM, where he admitted to being the top musician in Ghana at the moment in a portion of the video shared on Twitter by a netizen.

“Being the biggest aritiste in Ghana currently, yes I will agree to it because I see my song is topping almost all the music streaming platforms in the country,” those were his response to the question.

For this reason, Thorstine Owusu Gyimah, known in showbiz as Yaw Tog, started trending on Twitter in the late hours of Sunday, July 3, because netizens feel Lasmid is following exactly what Yaw Tog did after having his 'Sore' remix with Ghanaian UK-based rapper, Stomezy.

Yaw Tog granted a series of interviews after he collaborates with the ace rapper in which he stated that he made Stomezy popular in Ghana the same way that Stomezy also sold him to his fans in the United Kingdom (UK).

After this comment, Ghanaians started jabbing him for being so arrogant after a single hit song. Yaw Tog has been out of the scene since the start of 2022 and came back recently, claiming he was attacked spiritually.

Lasmid has been compared to Yaw Tog’s attitude for claiming he is currently on top of the Ghanaian music scene. He has been warned to use Yaw Tog's current state in the industry as a lesson.

“Yaw Tog bragged that he made Stormzy popular and look at him now, Medikal said he saved Gh rap and your man can't even make a hit song to save himself, Lasmid should continue messing around... ego over am fuccin.

“Lasmid should be careful before he shout out on stage. This how Yaw Tog started by saying he was the biggest artist in Ghana and even made Stormzy popular. Yoo.

Lasmid Should Relax Na We See Pass This. He Should Go Ask Yaw Tog What Happened To Him After He Said He Made Stormzy Popular In Ghana

Lasmid is following Yaw Tog en footsteps. We all know where he is going right?