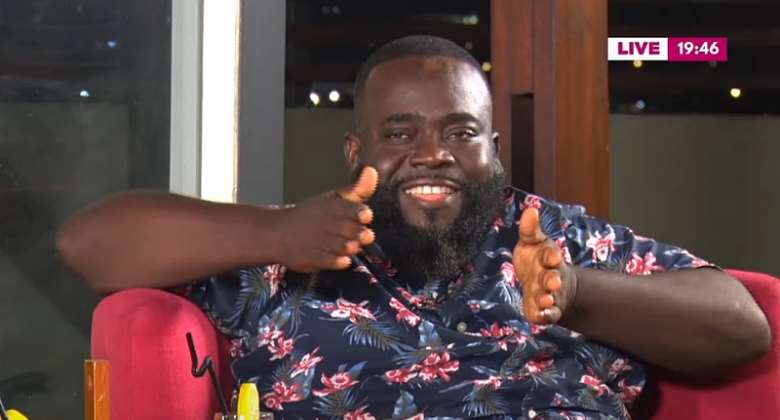 Rapper O.J. Blaq says he has not considered a return to his former record label, Lynx Entertainment, almost a decade after his departure.

O.J. Blaq, who is currently promoting his new gospel single, I Am Blessed, via his own label, Oracle of Jesus, spoke to Chris Kata on Citi TV’s The Chat Show.

According to him, even though he is still on good terms with the CEO of Lynx, Richie Mensah, they have not discussed the possibility of him making a U-turn to the label.

OJ. Blaq, also known as Biggie Boy Lover, was one of the first musicians signed by Lynx Entertainment, together with Eazzy, Asem, and Zigi.

Shortly after joining Lynx Entertainment and releasing his album ‘Galanja’, O.J. Blaq disappeared from the limelight, only to resurface as a Christian evangelist.

According to him, his health condition deteriorated due to kidney failure, which he attributes to an irresponsible lifestyle and excessive sexual indulgence.

Hottest Photo Reports
Catch up with all the political quotes from our politicians.
Advertise here
More Industry News
ModernGhana Links
I once stole from a taxi driver when I was broke – Majid Michel
The money I used to promote my first album can build house — Alice McKenzie (Video)
Kizz Daniel sells out the O2 Academy London in the first leg of his Afro classic tour
Rex Owusu Marfo aka Rex Omar re-elected GHAMRO Board Chairman
Dr. Mohammed Awal assures ATWAG of support
Ghana’s musical industry on ticking time bomb – Celebrated Multi-instrumentalist
Not winning ‘VGMA Artiste of the year’ was a flip – Joe Mettle
Kuami Eugene to release new music project ‘Rags to Riches’
[Video] Shatta Wale meets Ja Rule in US
TOP STORIES

Prepare for hunger in Ghana — GAWU warn Ghanaians
47 minutes ago