Empress Gifty rocks Made In Taadi in a fancy dress 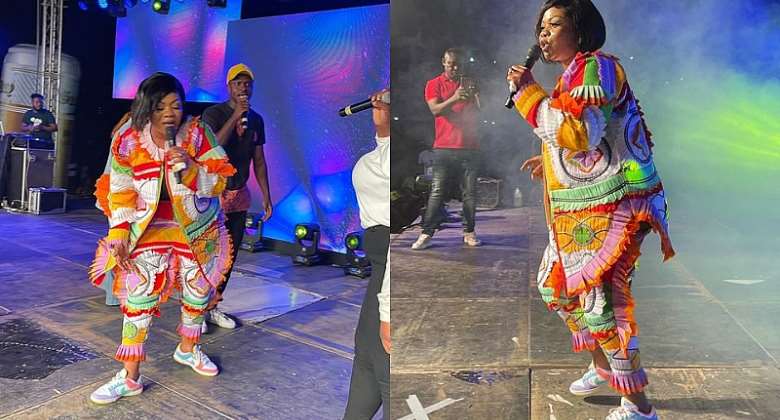 Gospel musician Empress Gifty last night proved her Mettle again on the Made In Taadi stage in Takoradi.

The gospel empress was met wit huge applause when the patrons saw her clad in a fancy dress.

Empress Gifty went ahead to dish out nonstop music, as she rocked the gathering.

It is the time of the year where masquerade festival is at its apogee in Central and Western Regions.

Empress Gifty has been rocking huge stages, including Harbour City Concert and Bhim Concert among others.