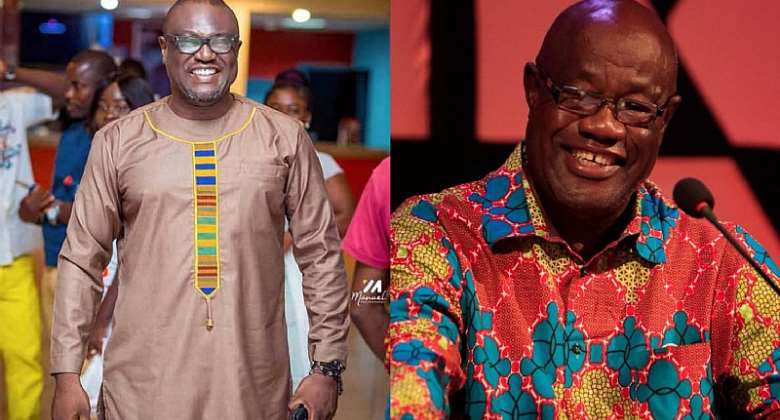 Ace comedians Fritz Baffour and Mikki Osei Berko will make a sensational return to standup comedy this December, the pair have announced.

It will be the first appearance on the standup comedy stage for both in nearly two decades.

The duo will be performing live alongside DKB and headline act OB Amponsah at the Popular But Broke all-star standup special next month.

The quartet represents comedy royalty from four distinct generations respectively. Never in the history of Ghanaian comedy have four different generations of comics performed live on the same set.

Standup Comedy pioneer Hon. Fritz Baffour is the first comedian to launch a successful political career, having been elected to Ghana’s parliament in 2016 before going on to become the minister of Information under the then John Evans Atta-Mills-led government.

He is also credited to have first brought Nigerian comedy legend Ali Baba to Ghana. His younger contemporary Mikki Osei Berko is also recognized as Ghana’s first truly multifaceted comedian, credited with transitioning from stage to film and media with remarkable distinction. His exceptional ability to combine the English language with the local dialect, and evolution from orthodox standup to other forms of the craft revolutionized the industry and served as a valid blueprint for peers and future generations.

The Popular but Broke special is Ghana’s first ever All-Star comedy night featuring four different comedy generations. The chance to standup again after nearly two decades at such a historic event will represent another landmark achievement for the legendary pair. You will imagine at this rate Hon. Fritz Baffour and Mikki Osei Berko cementing a star on the ground in the Ghanaian comedy hall of fame.

And sharing the same theatre with Ghana’s funniest obstetrician, OB Asamoah, you can count on these legends to deliver something special. "I guess we all have to be at the National Theatre on Saturday, December 11 to find out. And oh… we’ve been told that there would a lot of surreal surprises too. Don’t tell anyone Clemento Suarez is host of the night. Otherwise we might just have to keep the rest a secret."