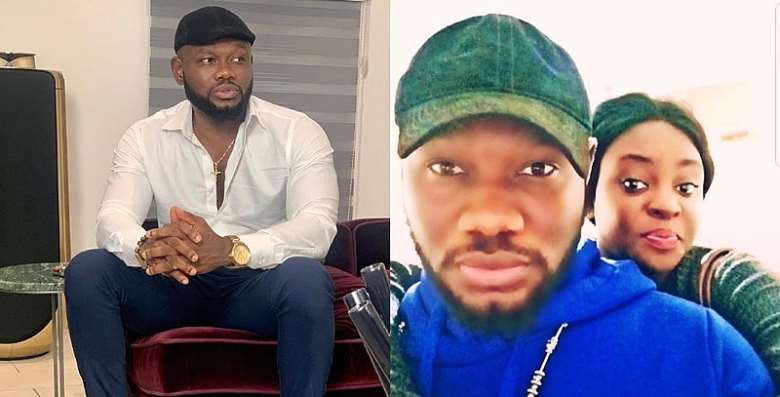 Ghanaian actor, model, movie producer and director, Prince David Osei, has disclosed that despite being the ladies choice because of his good looks, he kept his virginity until he completed university and broke it with the lady who is now his wife.

Prince David Osei was hosted by Happy FM’s Doctar Cann on the Ayekoo After-Drive show where he made this revelation. He mentioned that he used to play football growing up, but then he was never the type to cause trouble chasing girls all over and womanizing.

“I broke my virginity in 2008 after I completed the University of Ghana so all the time I was in school, I was still a virgin. The funny thing is that I used to walk with a lot of pretty ladies on campus but I didn’t do anything with any of them. Most of the boys didn’t like me because it looked like I was taking all the girls”, he told Doctar Cann.

Talking about when he starting to ‘chase girls’ or have an eye for ladies, he said, “I met my wife in church. She was the one who used to take contributions and funny enough, we became close friends but I couldn’t even propose to her. She was feeling me and I was feeling her but I couldn’t tell her”.

Prince David continued that when they got into the University of Ghana, there was a time that someone was pestering her and she told him about it and asked him to talk to the person so he would stop worrying her. “I blasted the guy and told him never to call my girlfriend again meanwhile she wasn’t even my girl at that time”.

Not long after, they started dating and he has now managed to make her his wife and the mother of his three children.