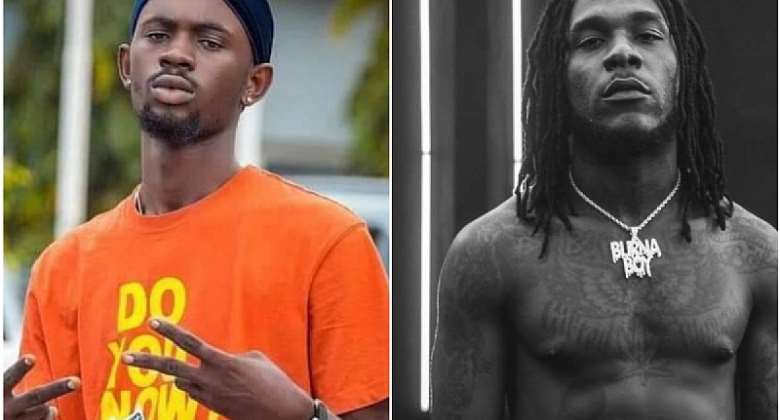 In the video, Burna Boy is seen in a room with dim lights yielding what appears to be a cigar.

Despite the song been composed extensively in the Twi dialect, the 'African Giant' is seen singing along as the song blurs out of a hidden speaker word for word.

'Second Sermon' has chalked its place in the music charts for several weeks and its crooner, Black Sheriff has hinted in several interviews an impending Third Sermon which he says will take the country by storm.