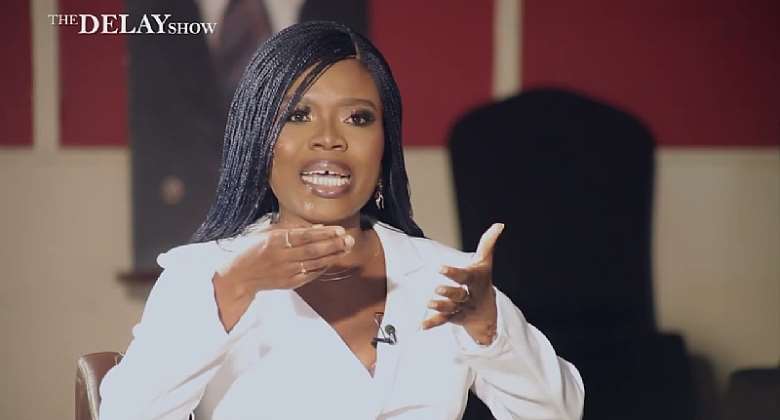 Television and radio personality Deloris Frimpong Manso will never lose an opportunity to put out an epic introduction to her show, 'The Delay Show'.

As controversial as the show can be, Delay would at all times want to complement each episode with an epic yet brag-like introduction.

Her show is however noted to be one of the headlines, fact, and controversies-driven TV programs in the country.

Delay, who doubles as an entrepreneur has over the last decade wowed fans with breathtaking, provoking, probing and entertaining interviews.